Before Jennifer Lopez made pop culture and fashion history by arriving at the 2000 Grammy Awards in a plunging Versace gown, Amber Valletta debuted the jungle-print dress during the label's Spring 2000 runway presentation, which took place in Sept. 1999.

"I actually never saw any 'who wore it best' between J.Lo and I," Valletta said, when asked about the now-iconic "naked dress" during a conversation with WSJ Magazine Editor-in-Chief Kristina O'Neill and fellow supermodels Shalom Harlow and Carolyn Murphy for WSJ Magazine's The One presented by online luxury fashion retailer Mytheresa.

"I think J.Lo wore it incredibly," the Hitch star said in an exclusive clip of the the chat, above. "It's just an amazing dress that Donatella [Versace] designed that just has such longevity and is an iconic piece in fashion history. I don't think it's about who wears anything best. I think we're all uniquely beautiful and have individually something to bring."

Nearly 20 years after she first wore the dress, Lopez closed the Versace Spring 2020 fashion show wearing an even more risqué version of the design, getting a standing ovation from the crowd and practically breaking the internet (again).

In honor of the 20th anniversary of the jungle print, the team at Versace revived the resort-inspired pattern in its original, tropical green color palette. And Donatella made sure to join Lopez on the catwalk for her final bow.

In a video for Lopez's YouTube channel uploaded in 2019, the multi-hyphenate star reflected on the impact the dress had when she first hit the carpet at the 2000 Grammys.

"All of a sudden you start hearing a little murmur. I'm thinking, it's the Grammys. It has to be somebody famous behind us," she laughs remembering stepping out of her car. "It was a frenzy. The flashes started going in a way that it's not usually. There was an extra kinetic energy there. I was like what the hell is going on? I had no idea it was about this dress."

After the carpet, she ran backstage to present the first award of the evening with David Duchovny. "Me totally unsuspecting, walk out and as I walk out my dress, the wind hits it. It blows open slightly, so now I am like bare here and bare here! All of a sudden, again, a slow murmur and everybody starts clapping. We get an ovation for just standing there!" she added. "In that moment, that dress became something that people still reference."

The world referenced it so much at the time, that it actually prompted Google to launch Google Images after getting an onslaught of searches.

To hear more from Valletta, Harlow and Murphy's conversation on The One, sign up to watch on Monday at 6 p.m. ET at wsjtheone.com. 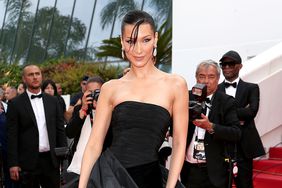 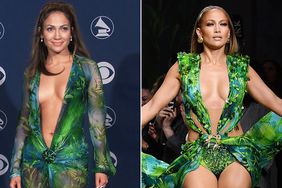 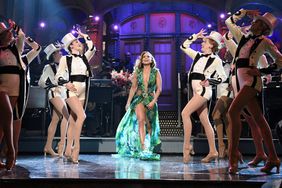 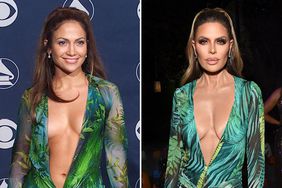 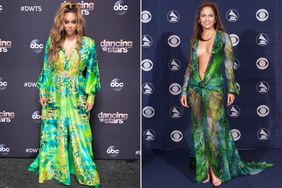 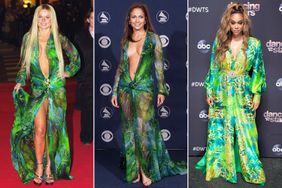