All the Models Who Walked the Victoria's Secret Runway While Pregnant

Heidi Klum recently revealed she was pregnant during the 2003 Victoria's Secret Fashion Show — and no one knew!

Before its cancellation in 2019, the Victoria’s Secret Fashion Show used to leave millions in awe. The women who walked the runway seemed to defy nature, with rock-hard abs, miles-long legs, and wavy locks that looked like they'd been touched by a (literal) angel. But walking the Victoria’s Secret runway — and retaining that perfect physique — while pregnant? It seems impossible, but multiple women managed it.

Of course, pregnancy is a beautiful thing — and gives you a glow that not even hours in a makeup chair can replicate. But retaining those rock-hard abs while you’re carrying a child? It’s practically superhuman.

Victoria's Secret vet Klum surprised everyone in May 2021 when she revealed she'd been pregnant with daughter Leni (now a model herself!) in the 9th annual show in 2003.

Sharing a video from the 2003 Victoria's Secret Fashion Show, which featured Klum wearing the lingerie label's "Very Sexy" Fantasy Bra, the mother of four wrote in the caption, "I am not alone walking down that catwalk here."

"If I look close enough then I can see you bumping right along at 4 months @LeniKlum," she added.

Klum gave birth to Leni in May 2004, right after her split from Italian businessman Flavio Briatore. In December 2009, Leni was adopted by Klum's now-ex-husband Seal.

Ambrósio has two children, but it was during her second pregnancy, in late 2011, that she walked the Victoria’s Secret runway in N.Y.C. She was four months pregnant at the time, and nearly backed out of the show due to her worries about fitting into the itty-bitty outfits. “When I first found out I was pregnant I thought, ‘Oh my gosh I don’t think I’m going to be able to walk on the show,' ” she said. Ambrosio ended up keeping her pregnancy a secret from the show-runners. She ended up cutting out sugar and sweets in the days before the show, as well as training intensely, safely.

The worries persisted: “A week before, I told my booker I don’t think I’m going to be able to fit into the clothes because I gained a few pounds already, but we were just quiet,” she said. Turns out, she had nothing to worry about: Ambrésio sizzled on the runway that year, just as she always does.

Was 2011 the year of the pregnant Victoria’s Secret model? Seems so. In addition to Ambrósio, Taylor Swift squad member and VS veteran Lily Aldridge was pregnant during the 2011 show. Aldridge and husband Caleb Followill (of Kings of Leon) confirmed the pregnancy a month after the show, in December 2011. “We are thrilled to announce that we are expecting our first child together,” they told PEOPLE. “We can’t wait to meet the new addition to our family.”

And just like Ambrosio, she looked practically perfect walking down the runway.

Two years later, Kroes joined the pregnant Victoria’s Secret model club. She confirmed her second pregnancy on February 6, 2014, four months after the Victoria’s Secret fashion show. That March 21, she shared a snap on Instagram that she was “almost 6 months pregnant with a girl,” meaning she would have been newly pregnant — and certainly, not showing at all — for the November 2013 show. After giving birth that July, she was back on the runway later that year in November.

The most recent model to walk the runway while expecting was Victoria’s Secret Fashion Show newcomer Shayk, a Russian model who was then dating Bradley Cooper. Though she was the fifth VS model to walk the runway while expecting, she did hit a new milestone: Walking during her second trimester — and with her baby bump on display! It was a sure-fire way to make a splash at her first-ever VS show. 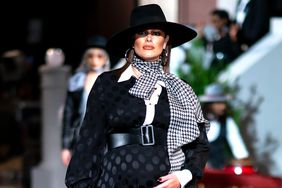 Baby on Board! These 11 Models Walked the Runway While Pregnant 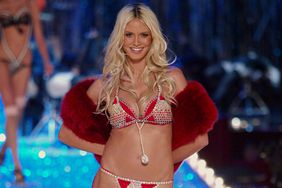 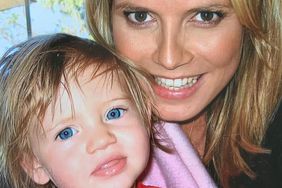 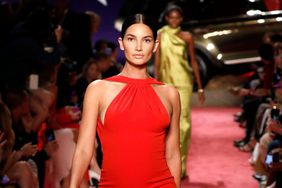 Lily Aldridge, 5 Months Pregnant, Rocks the Runway at Fashion Week: 'Nothing But Empowerment' 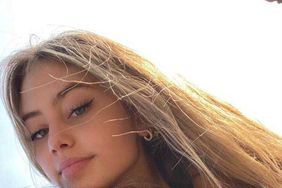 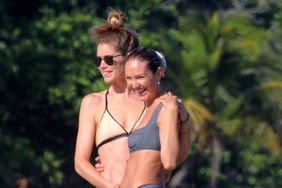 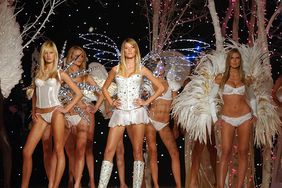 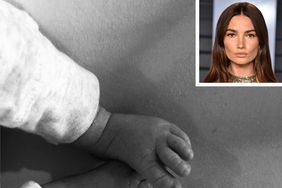 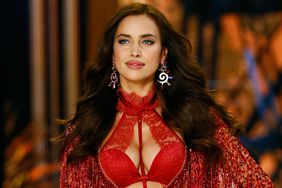