Alexander Wang on Sexual Assault Allegations: 'I Regret Acting in a Way That Caused Them Pain'

"Life is about learning and growth, and now that I know better, I will do better," the fashion designer said in a statement

Alexander Wang claims he now "knows better" while addressing recent sexual misconduct allegations made against him, which he has previously denied.

On Monday, the designer, 37, shared a statement on Instagram in which he said he supports those who have come forward with allegations against him. The new statement comes two months after his last, in which he called the claims "false, fabricated and mostly anonymous accusations."

In his message this week, Wang said he regrets "acting in a way that caused [his accusers] pain."

"A number of individuals have come forward recently to raise claims against me regarding my past personal behavior," he said. "I support their right to come forward, and I've listened carefully to what they had to say. It was not easy for them to share their stories, and I regret acting in a way that caused them pain."

"While we disagree on some of the details of these personal interactions, I will set a better example and use my visibility and influence to encourage others to recognize harmful behaviors," added Wang. "Life is about learning and growth, and now that I know better, I will do better."

British model Owen Mooney publicly came forward with assault allegations against Wang in late December 2020, claiming that he was groped by the designer in the genital area in 2017. Trans model Gia Garrison also accused Wang of forcibly exposing her genitals at a club in a The Guardian report.

"Over the last few days, I have been on the receiving end of baseless and grotesquely false accusations. These claims have been wrongfully amplified by social media accounts infamous for posting defamatory material from undisclosed and/or anonymous sources with zero evidence or any fact checking whatsoever," Wang said in a statement shared with PEOPLE in late December.

"Seeing these lies about me being perpetuated as truths has been infuriating," Wang continued at the time. "I have never engaged in the atrocious behavior described and would never conduct myself in the manner that's been alleged. I intend to get to the bottom of this and hold accountable whoever is responsible for originating these claims and viciously spreading them online."

In January, renowned attorney Lisa Bloom announced her representation of "several men" who claim to be victims of Wang.

"The fashion industry is long overdue for a reckoning of its frequent, disturbing mistreatment of models. I've represented many alleging sexual misconduct in recent years," Bloom said in a statement shared with PEOPLE. "Models are not props, and they have the same rights to workplace respect as everyone else. I thank everyone who has reached out in support, and I'm happy to speak for free and confidentially to any others, including witnesses." 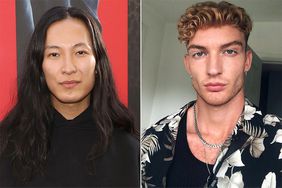 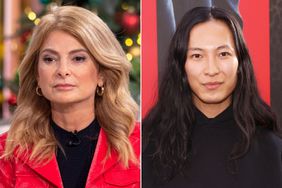 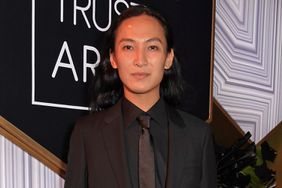