The new campaign "challenges the traditional stereotypes of masculinity," according to a Burberry press release

Adam Driver has taken on his most ambitious role to date — and he doesn't care what the neigh-sayers might think.

In a new campaign introducing Burberry Hero fragrance for men, the Oscar-nominated actor, 37, swims shirtless through the ocean alongside a white horse before becoming one with the majestic animal and transforming into a centaur. Since its debut, the ad — directed by Jonathan Glazer and photographed by Mario Sorrenti — has, of course, sent the Internet into a tailspin.

"If anyone asks "what's the female gaze"? The answer is: #AdamDriver's campaign for #Burberry," one person joked on Twitter. (You can imagine how frenzied the rest of the reactions might be.)

According to a Burberry press release, the campaign "challenges the traditional stereotypes of masculinity" by bringing together horse and man to create a "modern myth."

Driver embodies the spirit of the fragrance, which combines notes of bergamot, juniper, black pepper, warm cedarwood and more, by "embracing freedom of expression and the beauty of contradictions," the release states.

"I'm very happy to be working with Burberry on the Burberry Hero fragrance campaign, and with designer Riccardo Tisci in representing his first fragrance for the brand," the Marriage Story star said in a statement.

Tisci echoed his sentiments: "I am so thrilled to have worked with the amazing Adam Driver to embody Burberry Hero for the house. He has this incredible depth in articulating what masculinity means today – how strength can be subtle, and emotions can empower."

Creating a fragrance is such a personal and intimate process, and I especially felt this for Burberry Hero – my first fragrance for the brand," he continued. "I wanted Burberry Hero to encapsulate modern masculinity, to play on the essence of primal human and animal instincts, channelling the duality between strength and sensitivity." 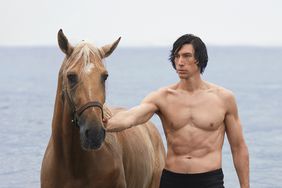 Rosie Huntington-Whiteley: The New Face (and Figure) of Burberry Body 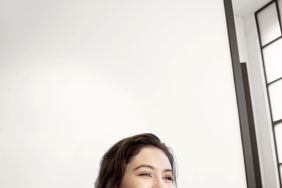 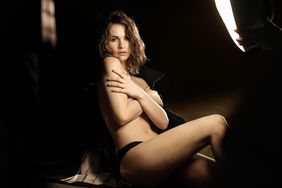