'90s Supermodels Are Sexier Than Ever - Here's the Photo Proof

You know who looks amazing naked these days? Supermodel Helena Christensen. Know how we know? Because she dared to bare just about all in the latest issue of FutureClaw magazine. The above left shot is the tamest pic of the bunch (you’ll have to click to see the rest) and it’s still pretty steamy.

Christensen, 44, is just the latest in her cohort of 1990s supermodels to show off an unbelievably smoking bod into her fifth decade. The youngest of the group, 39-year-old Kate Moss, recently stripped down for St. Tropez (below), while the eldest, Elle Macpherson, 49, recreated an iconic Playboy cover for Harper’s Bazaar Australia (bottom photo).

Christy Turlington, 44, has booked a spate of sexy ads lately, including Jason Wu (above in the red dress) and Calvin Klein intimates; the latter ads aren’t out yet, but she confessed to being nervous to get back into the famous underwear at her age (nothing to worry about there, Christy!).

Finally, Paulina Porizkova, 48, showed no such reservations about showing some skin, posting a super-sexy bikini pic to her own Twitter with the caption “Total heaven.” We have a feeling her husband, rocker Ric Ocasek, agreed with the sentiment.

Now we know that these women were called supermodels for a reason — the ability to stay in such killer shape year after year is truly superhuman. (P.S. All of these women are moms, which is even more amazing!)

Tell us: What do you think of the stars’ sexy photos? Are you as impressed by their bodies as we are? 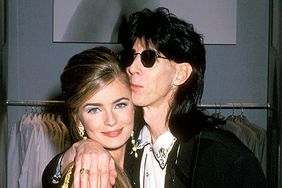 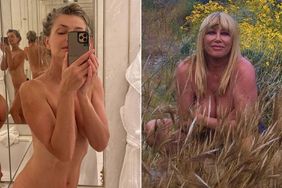 Legends Only: Paulina Porizkova, Suzanne Somers and More Celebs Over 50 Who Posed Nude 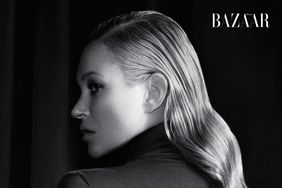