Every Outfit Doja Cat Wore While Hosting the 2021 MTV VMAs

The host of the 2021 MTV VMAs, Doja Cat showed up in style wearing a black bustier dress by Andreas Kronthaler for Vivienne Westwood, adding some thigh-high stockings and sky-high platforms for good measure.

The hostess with the mostest then changed into a black Vivienne Westwood number with fingerless gloves and sleek platinum blonde locks to make her grand stage entrance.

By the way, Doja Cat didn't just change outfits multiple times throughout the night, she also changed her nails with every outfit! Not a single detail was missed!

And the singer wasn't finished turning out looks. She followed her black gown up by flying high in a red cut-out number and performing "Been Like."

We can't explain this Thom Browne look any better than Doja Cat herself, who simply said, "Uh, I look like a worm ... that's dope."

Pull up a seat because you're gonna want to see this next look. Oh, wait, look no further than Doja Cat's hat.

The rapper made sure that her penultimate look of the evening was as functional as it was wacky — she later used it as a seat.

Just When We Thought It Was Over ...

The category is 'Tom Turkey Chic,' and Doja Cat absolutely nailed it. 10/10 would wear to the annual 5K turkey trot. 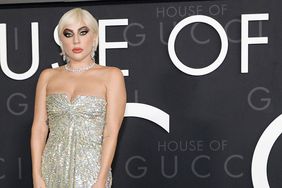