From a Coma to the Olympics: How an American Snowboarder Rebounded in Less Than 4 Years

Snowboarder Aaron "A.J." Muss had only been out of his medically-induced coma for two days when he decided that it was time to leave the hospital

Snowboarder Aaron “A.J.” Muss had been out of his medically-induced coma for just a few days when he decided that it was time to leave the hospital.

“I wouldn’t let them put me in a wheelchair and wheel me out,” Muss, a 23-year-old New Jersey native, tells PEOPLE. “I walked out. I wouldn’t do it any other way. Unfortunately I didn’t walk myself in, but I was walking myself out.”

That was in April 2014. In January of that same year, Muss had injured his shoulder during practice but had put off having surgery in order to keep competing in both the parallel slalom and giant parallel slalom snowboarding.

On April 21, 2014, he finally got surgery. Two days later, he was rushed back to emergency care after his mother could not wake him at home. In the hospital, doctors discovered that Muss had a previously undetected hole in his heart. He would spend the next five days in a drug-induced coma, finally waking up on April 30, 2014.

Just five months later, Muss, who started snowboarding as a toddler, was back on the snow and in pre-season training. On Saturday (Friday night stateside) — less than three years after he got back on that board — he competed in the 2018 Winter Games in South Korea.

He missed the podium but, as he told PEOPLE just days before his event, he’s not stopping now.

“Absolutely I’m going to keep going,” he said. “I’ve got another Olympics in me.” (In a mark of his perseverance, Muss snowboarded in Korea with a fractured back.)

Muss’ story is about one thing: becoming an Olympian — his “No. 1 goal in life.”

And surviving a serious health scare and subsequent coma, and the months of recuperation that followed, never really deterred him from that plan. “I love the feeling I get when I snowboard race,” he says. “That’s really what I keep going back to.”

Muss’s connection to snowboarding started when he was about 2 and he first got on a snowboard. His mom was a skier; snowboarding was something his dad did.

By the time he was a teenager, he was making money snowboarding — but he always saw himself as an Olympian.

Then came 2014. That January, during a routine practice, Muss injured his shoulder when he caught his arm in one of the training gates. “My body kept going and my arm didn’t,” he says.

As painful as it was (he probably dislocated his shoulder “four or five more times” that season), Muss opted to finish the season rather than risk being out of commission to heal.

Finally in April in Colorado, doctors performed a Latarjet procedure — essentially sealing his shoulder into place to keep it from dislocating again.

Two days later, Muss suffered complications from a postoperative pulmonary edema. Essentially, he explains, the hole in his heart opened up, causing the oxygen levels in his blood to drop.

He says that because of his symptoms and his age, first responders initially assumed he was overdosing. When they forced him to gag, the pressure created another hole — this time in his lungs.

He was rushed to the hospital and later flown by helicopter to a trauma center in Denver. On the way there, his heart stopped. Doctors managed to revive him and eventually stabilize him — in part by placing him in a medically-induced coma.

Waking up five days later, he says, was “probably the scariest thing I’ve ever been through.”

The Road to Healing

Even so, within days, Muss was back on his feet — and walking out of the hospital. He opted not to have surgery to repair his heart, because it would have likely put an end to his athletic career and his dreams of becoming an Olympian.

“Every single person who’s ever loved me or supported me was 100 percent supportive of my decision,” he says. “I’m a very nice person, but I’m a very stubborn person.”

After that, it was only a matter of months before he was back on the snow, in September of that same year. While Muss has recovered physically (although just breathing and walking were both difficult at first), he suffered some brain damage that initially affected his speech. And he’s still working on basic skills like reading and writing and coping with some short-term memory loss.

“My first month back on snowboards was really hard,” he says. “I would take one or two runs, maybe. I was really self-conscious about my speech.”

Remarkably, during the snowboarding season after his coma, Muss won more races on the North American circuit than any single competitor before him, making the podium in all but one race and coming in first in all but four.

Now, empowered by his second chance at life, Muss is more determined than ever to embrace every moment. “You only live once,” he says. And making the most of life also means telling his story. “It’s not to get attention,” he says, “It’s to share the fact that everyone has their problems in life, and everyone can overcome anything.”

“If anyone can take anything from this,” he adds, “it’s that find something that your passionate about, that you love, and chase it.” 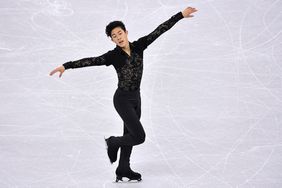 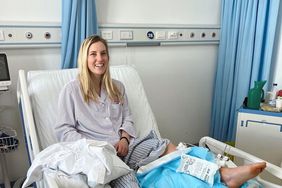 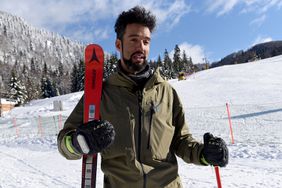 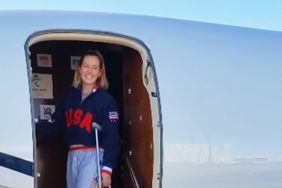 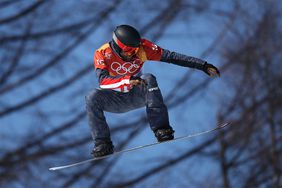 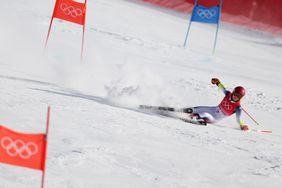 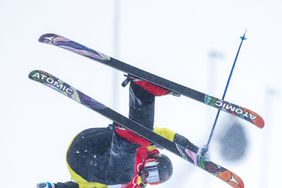