Ryan Lochte‘s teammates Jack Conger and Gunnar Bentz, who were pulled off a plane headed back to the U.S. late Wednesday for questioning, told Brazilian police they had fabricated the story about being robbed during a night out, according to sources.

Lochte still claims that he, along with Conger, Bentz and a fourth teammate – James Feigen – were held at gunpoint and robbed in Rio last weekend.

There has been back and forth between the swimmers and Brazilian police as to what exactly happened on the night of the alleged incident. Emerging video confirms the swimmers indeed stopped at a gas station on the way home, which they reportedly vandalized.

Lochte is back on U.S. soil, PEOPLE confirms, while Conger, Bentz and Feigen are still being held in Brazil.

Here’s a look at the young athletes caught up in the developing incident.

The 20-year-old is a University of Georgia upcoming junior who specializes in the 4×200-meter freestyle race. From Atlanta, Georgia, Bentz is pursuing a degree in business management/aerospace studies. He won gold in the men’s 4×200-meter freestyle race in Rio last week and is the first male swimmer from Georgia to do so, although he did not actually swim in the finals portion of the race – he helped Team USA advance from prelims.

Georgia coach Jack Bauerle, who left Rio before the story broke, tells PEOPLE he spoke with Bentz on Thursday morning and plans to speak with him again.

Conger, 21, swam with Lochte and Bentz in the 4×200-meter prelim along with American Clark Smith. He is from Rockville, Maryland, and attends the University of Texas in Austin, where he swims for coach Eddie Reese.

Conger’s University of Texas roommate, fellow collegiate swimmer Matt Ellis, says his teammate is a “good guy” that just happened to get caught up in the ordeal.

“He’s never shown signs of that type of character, he’s always had respect for others and their property,” Ellis tells PEOPLE. “He cares about the people around him. I’ve known him for years… He’s a genuine guy with a good heart and it’s just an unfortunate situation he’s in.”

“I’m just trying to give Brazil what they need or what they want and get out of here. It’s a hassle. But I’m safe, everything’s fine,” Feigen told USA TODAY Sports over the phone. 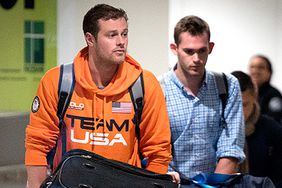 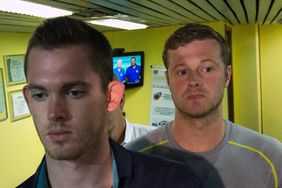 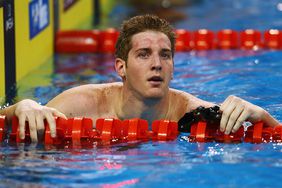 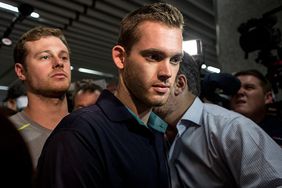 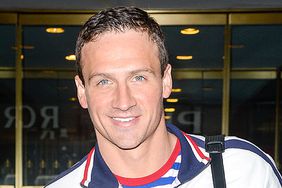