Venus Williams Says She's Not 'Desperate' to Settle Down: 'I Like My Life'

"I have a lot of friends who don't believe me when I say that I like my life and I don't want to change it for any reason," the tennis star confessed

Venus Williams does not plan to slow down anytime soon — no matter how many times she's asked.

The 41-year-old tennis star confirmed that she is happy with where she is in life in her cover interview for Cosmopolitan's October issue.

"I have a lot of friends who don't believe me when I say that I like my life and I don't want to change it for any reason. I'm not desperate and they don't believe me," said Williams, who is single.

Jemele Hill, a sports journalist and podcast host, vouched for her friend in the piece while criticizing the loneliness narrative associated with being single as an adult.

"There's this sort of quiet resistance that Venus always carries herself with. She's chosen to live her life so unapologetically and I think there's a beauty in that," Hill told Cosmo. "Especially when you think about these narratives about how Black women are desperate or lonely or how after a certain age, something is wrong with you if you aren't getting married or having kids."

"The joy that she has both on the court and off it is kind of an indirect retaliation to that narrative," she noted. "She just seems like somebody who's just not pressed. I love that about her."

Of course, Williams is no stranger to adversity after 27 years of playing professional tennis. Most recently, the tennis star withdrew from the US Open due to a leg injury she simply "couldn't work through" and vowed to return to the court "as soon as I can."

"I tried my best here in Chicago, but I just was unable to figure out the equation," she said in a message on social media in August. "And there's been so many times where I've been able to figure it out, even not in the best of my health, but this time, I just couldn't make any miracles work."

Mental health has also been a top priority for Williams. In August, the athlete partnered with BetterHelp and the Women's Tennis Association (WTA) to give $2 million toward free therapy via BetterHelp.

At the time, Williams said in a statement that the fight is "something that all of us, no matter our background, can relate to."

"Now more than ever, we need to create an accepting and open environment to seek professional mental health therapy, which is why I am so excited to partner with BetterHelp and the WTA to provide access to free therapy and help raise awareness," she added.

The year prior, Williams told PEOPLE that she "had more time to prioritize my personal self-care and learn more about what my body needs" during the COVID-19 pandemic, which thinks is key toward "maintaining a healthy mindset."

"Throughout quarantine, I kept the mentality that tournaments could return at any point so I wanted to be in the best shape and as prepared as I could possibly be," she said, though there were "moments" she admittedly wanted to spend time with her dog Harry and watch movies at home.

That said, Williams was still eager to return to action. "It was nice to spend some quality time at home during months that are typically very busy for me, but I still took the time to really focus on my training and continue moving, so when we returned to play, I was ready to go," she told PEOPLE.

"Competition is in my nature and the court is my second home," the tennis star added, "so I was ready for the season to restart and to get back into the groove of things." 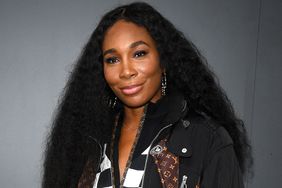 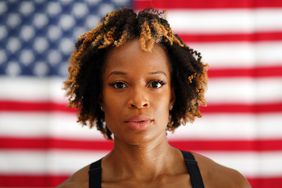 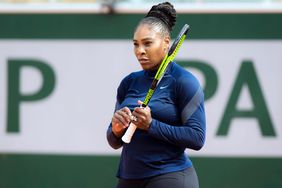