Tennis great Billie Jean King said that "it is long past time to pay them what they rightly deserve."

The U.S. women’s national soccer team’s victory on Sunday at the 2019 FIFA Women’s World Cup Final was met with celebration from celebrities both American and abroad – plus repeated calls for equal pay.

The team beat the Netherlands thanks to a penalty kick by co-captain Megan Rapinoe in the second half and a goal from Rose Lavelle in the 69th minute, thus bringing on America’s fourth championship.

Many celebrities heaped praise on the team and congratulated the athletes on a victory well earned.

“The US women’s soccer team are the world champions! I’m so happy. These women are the best of what our country represents,” Ellen DeGeneres wrote. “You’re welcome on my show any time. My World Cup runneth over.”

Former President Barack Obama also had celebratory words, writing on Twitter, “Yes! Fourth star. Back to back. Congrats to the record breakers on the @USWNT, an incredible team that’s always pushing themselves – and the rest of us- to be even better. Love this team.”

“Huge month or so for women’s football. New heroes made for little girls all over the world. Congrats @USWNT,” Horan wrote.

Despite the festive mood, the fact that more than two dozen members of the team, including Rapinoe and Alex Morgan, filed suit against the USSF in March for gender discrimination, claiming they were paid less than men, was not lost.

Tennis great Billie Jean King commended the athletes’ skills on Twitter, and also wrote that “it is long past time to pay them what they rightly deserve.”

The Wall Street Journal obtained audited financial statements from the USSF in June that found that from 2016-18, women’s games pulled in nearly $1 million more in revenue than men’s games.

See below for more celebrity reactions.

Rapinoe, who earned the Golden Boot Award on Sunday, recently criticized FIFA President Gianni Infantino after his announcement that the Women’s World Cup prize money will be doubled in 2023 from this year’s amount of $30 million to $60 million.

“It certainly is not fair,” she said, noting that the prize money for the 2022 Men’s World Cup will be $440 million. “We should double it now and use that number to double it or quadruple it for the next time. That’s what I mean when we talk about, ‘Do we feel respected?’ “ 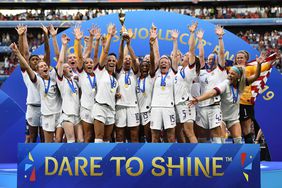 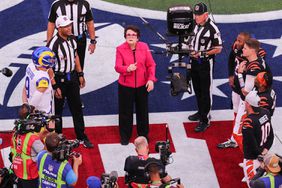 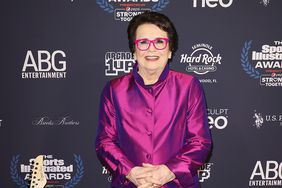 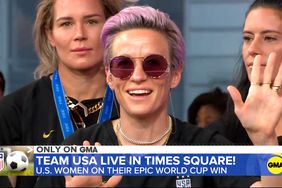 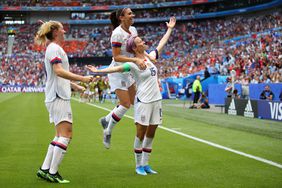