"It's not really a tournament thing, it's more like a life thing," Naomi Osaka said of making sure she stays positive about her performance in the final Grand Slam of the year

Naomi Osaka admitted to having "nervous energy," but had a "mindset change" leading to her first US Open victory on Monday.

At Flushing Meadows, the 23-year-old tennis star, who represents Japan, had a rough start to her match against Marie Bouzkova of the Czech Republic due to "nerves," she told reporters after the match.

Ultimately, she won in straight sets.

"I'm always the type that gets nervous, especially in Slams, especially in first rounds," Osaka said. "The nervous energy was contradicting with the excitement that I had from being able to see a crowd in such a long time. It was definitely a weird feeling. But I was more excited than nervous in the end."

"It may have to do with my mindset change [but] I didn't feel pressure," she continued. "I felt nerves because I wanted to perform well. In my mind, I told myself that if I performed well, then the outcome — even if I win or lose — should be okay."

For more on Naomi Osaka and other top stories, listen below to our daily podcast PEOPLE Every Day.

The No. 3 seed, who is hoping to win her fifth Grand Slam title overall, won last year's US Open as well as the 2018 New York tournament.

Going into this year's tournament, Osaka said she's trying to value her performance over winning.

"I do know that I tell people that I'm a perfectionist. I think for me something that's less than perfection, even though it might be something great, is a disappointment," she told reporters. "I don't really think that's a healthy way of thinking… something that I really wanted to change."

Osaka continued, "In this tournament, I just want to be happy with knowing that I did my best and knowing that even though I didn't play perfect I was able to win a match in two sets. Or if I have to battle, play a match in three sets, know that I made a couple of mistakes, but it's okay at the end of the day because I'll learn from the matches that I'll keep playing."

About her mindset, Osaka added, "It's not really a tournament thing, it's more like a life thing. I hope I can keep this mindset throughout my life going forward."

The four-time Grand Slam title holder made similar sentiments in a candid post ahead of the start of the US Open.

Posting a carousel of photos and videos of "some tennis memories over the past year that mean a lot to me," Osaka began her Instagram caption by stating that she's been doing a lot of "reflecting."

"So grateful for the people around me because the support I feel is completely unparalleled," Osaka shared. Recently she said she's been asking herself, "Why do I feel the way I do," adding that she realizes "one of the reasons is because internally I think I'm never good enough."

She revealed that despite her many accomplishments, she's "never" told herself "good job." Instead, "I do know I constantly tell myself that I suck or I could do better," she added. "I know in the past some people have called me humble but if I really consider it I think I'm extremely self-deprecating. Every time a new opportunity arises my first thought is, 'wow, why me?' "

But recently, Osaka had a change of perception.

"I guess what I'm trying to say is that I'm gonna try to celebrate myself and my accomplishments more, I think we all should," she wrote, encouraging her fans to also cherish the smallest of wins.

"You got up in the morning and didn't procrastinate on something? Champion. Figured something out at work that's been bugging you for a while? Absolute legend," she continued. "Your life is your own and you shouldn't value yourself on other people's standards."

RELATED GALLERY: Celebrities at the 2021 US Open

Osaka, who has also been outspoken about her anxiety during post-match interviews, addressed criticism regarding her covers in magazines.

"I really like to see fashion magazines," she told reporters on Monday. "As a tennis player, you don't really get the chance to dress up and go on shoots like that."

Osaka explained, "For me, I love learning from those experiences because usually when you do Vogue or something, you can meet the designer or meet the head of the house. That's like a cool experience for me."

"I think press conferences like these, I've become really desensitized to it because I've been doing them since I was really young," she continued. "I feel like there are moments, especially during the Zoom calls, where I just feel like I'm sitting in front of a screen taking questions. It's really hard for me because I like to see people's expressions and stuff, especially when someone joins a Zoom that I don't know and I feel like they're giving me really bad energy. I feel like I have to put multiple guards up." 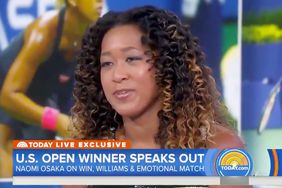 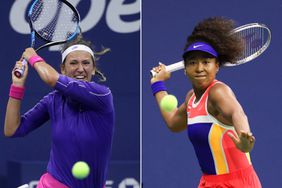 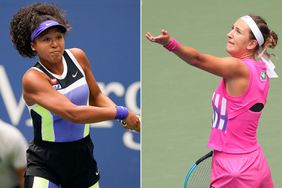 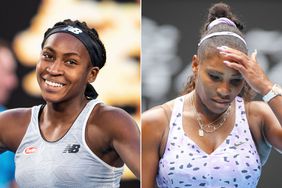 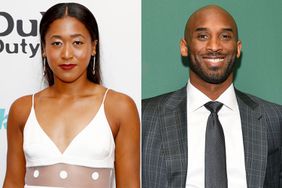 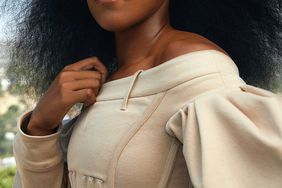 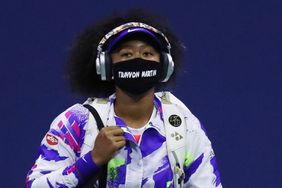