Paige VanZant may be known now as a scrappy UFC fighter with an impressive rookie start, but the 24-year-old is now opening up about one of her toughest fights: coming to terms with her past.

In her new memoir, Rise: Surviving the Fight of My Life, VanZant claims that she was raped at 14 years old — and has struggled with suicidal thoughts as a result.

“No matter what life offers, I will always be anchored to the truth of what happened to me. Nothing I ever do, nothing I ever feel, can sever me from my own history. I will always be that girl,” VanZant writes in the book, which was released on Tuesday. “There is no point to my life. There is only suffering. The backdrop to all my thoughts is a graveyard … No one should have to suffer this way. No one should have to fake her way through life.”

The athlete was just a freshman in high school when she alleges a group of boys sexually assaulted her at a small party.

“They move me around,” VanZant writes in the book. “They change my position. I fail each time I try to resist, my limbs like wet cement on my body, my brain a heavy fog. I am awake and conscious, but my body feels dead. I know what is happening but can do nothing to stop it. I have no voice or choice but to submit and pray that it ends soon.”

After the incident, VanZant endured bullying in school as rumors spread about the assault.

“I am called ugly, retarded, crazy, and screwed up. I am told that I smell, that I’m an embarrassment, that I don’t deserve s—.”

Representatives for Paige VanZant did not immediately respond to PEOPLE’s request for comment.

VanZant spoke publicly about the alleged incident in an exclusive interview with ABC News on Tuesday, explaining that the bullying often forced her to eat her lunch in the bathroom.

VanZant said that the situation left her feeling alone, and she often contemplated suicide.

“I didn’t see any other way out,” she told ABC. “When you’re in that position, when you’re feeling that much pain, it’s not that you want to die. You just don’t want to be in pain anymore.”

However, the athlete said mixed martial arts played a major role in her healing journey.

“MMA fighting saved my life,” VanZant said. “It saved who I was as a person too.”

Now, VanZant credits the #MeToo movement for giving her the courage to speak out. She says she especially looks up to Olympic gymnast Aly Raisman, who accused former USA Gymnastics doctor Larry Nassar of sexual abuse.

“That’s what I needed to actually move forward with my book,” she said of the gymnast’s story. “I really hope that if I can change one life, then me telling my story is worth it.” 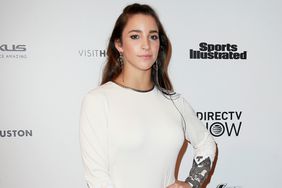 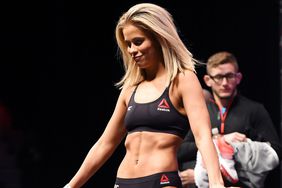 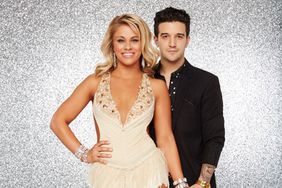 'Dancing with the Stars' ' Paige VanZant on Being Severely Bullied in High School: 'So Many Days, I Just Wanted to Give Up'