Dennis, 21, received praise from both Elliott and Olympic gymnast Simone Biles for her moves, the latter of whom retweeted the video posted by UCLA with the caption, "Okay @DennisNia do the damn thing girl" and a fire emoji.

Gabby Douglas on Overcoming Olympic Struggles: "I Had a Lot of Self Doubt"

"Snappin," wrote Elliott, 49, in a reply to the video, adding her own flames emoji.

UCLA Gymnastics tweeted the full video of Dennis' impressive routine on Sunday, with the caption, "This is what #blackexcellence looks like."

"@DennisNia does it again!" they added, with a fire emoji.

UCLA Gymnastics went on to reveal that Nia scored 9.95 for her performance, which helped the team "clinch the WIN" over Arizona State.

She also scored first place in her vault earlier in the competition, according to the Los Angeles Daily News.

"This routine definitely reflects everything that I am today as a woman, and of course I had to incorporate a lot of parts of my culture," Dennis told the Daily News.

She added, "I wanted to have a dance party because that's my personality and of course I had to shout out L.A. because we out here, UCLA."

This isn't the first time one of Dennis' routines caught the attention of the internet. In February 2020, her Beyoncé-soundtracked floor routine earned her praise and a 9.975 score out of 10.0. 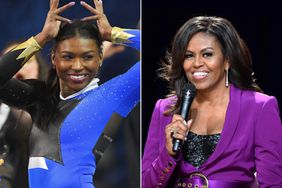 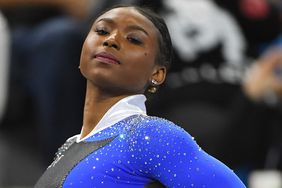 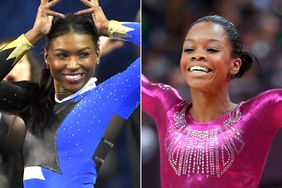