Tyler Skaggs died of a drug overdose in his hotel room on July 1, 2019

One year after Tyler Skaggs' family received the devastating news that the baseball player was found dead in his hotel room, his loved ones are still coping with the loss and hoping to find closure.

Tyler Skaggs, a 27-year-old pitcher with the Los Angeles Angels, was found dead on July 1, 2019, just before the team was scheduled to take on the Texas Rangers in Arlington for the first of a four-game series.

On Tuesday, Skagg's mother, Debbie Hetman, and his wife, Carli Skaggs, spoke out in their first on-camera interview distributed through TMX.news about the athlete's death, sharing how they plan to keep his legacy alive.

"His legacy is about the type of person that he was — how caring and loving, his kindness to others," Hetman said. "That’s what’s so important about Tyler. He was a great baseball player but he was a greater person and man. Such an incredible loving and caring soul."

Carli added, "He treated everyone with the same kindness and respect."

While a year has passed, both Hetman and Carli are still struggling with finding closure after Skaggs' sudden death.

"I’m sad all the time. Less numb, but sad, heartbroken that I don’t have my son here," Hetman shared. "It’s not gonna be the anniversary I look forward to ever."

Hetman explained that the family had hoped to find out more details about Skaggs' death this month, but the coronavirus pandemic has continuously pushed back the investigation.

"We were hoping a year later we’d have some answers,” she said. “It looks like maybe by the end of the year. I don’t know.”

As a way to honor Skaggs' memory, the pair started the Tyler Skaggs Foundation, which according to its website, "empowers young people through the gift of sports."

In the interview, Hetman and Carli are both seen sporting apparel from the foundation.

"We started the foundation because growing up, [Tyler] was involved in a lot of sports and athletic teams and he made lifelong friends. Before he died, they were true friends at his wedding, just a part of his life. He also developed great relationships with his mentors and coaches," Skaggs' mother explained.

She continued, "For Tyler, he had such an amazing experience [playing sports], we wanted other kids to have that experience of being involved in athletics."

Added Carli, "We want to support athletic programs and initiatives that will help these kids learn valuable skills that they can carry with them through life."

Over a month after Skaggs' passing last year, his cause of death was determined to be a mixture of “alcohol, fentanyl and oxycodone intoxication with terminal aspiration of gastric contents,” according to a toxicology report and autopsy from the Tarrant County Medical Examiner obtained by PEOPLE.

Skaggs choked on his vomit while under the influence and the death was ruled an accident. There were no signs of trauma, according to the report.

The athlete had a blood-alcohol level of 0.122 (above the legal limit of 0.08), 3.8 nanograms per milliliter of fentanyl and 38 nanograms of oxycodone, a prescription-strength pain killer, in his system when he died. The use of oxycodone is strictly prohibited by Major League Baseball.

According to the Chicago Sun-Times, Skaggs — who was drafted by Angels in the first round of the 2009 MLB Draft and traded to the Arizona Diamondbacks — was in his fourth year back with the Angels and had made 15 total season appearances last year, recording a 7-7 record and 4.29 ERA in 79.2 innings. 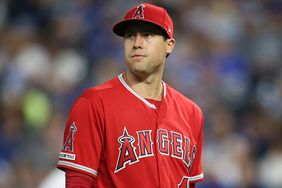 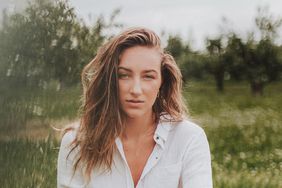 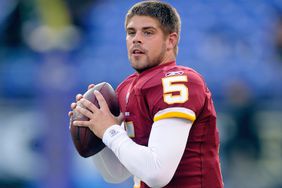 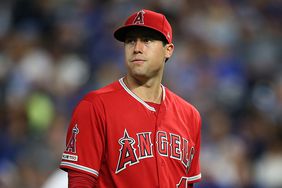