"He was saying how proud he was of me and how he wants to continue seeing me be a role model for kids," Trae Young said

“One of the last conservations we had, man, he was just telling me how he’s seen my game progress,” Young, 21, told The Athletic Sunday after his game against the Washington Wizards.

“He was just happy for me,” he continued. “He was saying how proud he was of me and how he wants to continue seeing me be a role model for kids growing up and just for Gigi and all of the kids looking up to me and continue to inspire these kids and continue to play my heart out. That was one of the last things he said to me.”

According to the outlet, Young was 13-year-old Gianna’s favorite player in the NBA. In fact, Gianna began training with Alex Bazzell, Young’s trainer during the offseason, as well as with her famous father.

Hours after news broke that Bryant, 41, and Gianna, nicknamed Gigi, were killed in the crash, Young competed against the Wizards, where many of his stats eerily resembled the late athlete’s, including that he attempted 24 shots — one of Bryant’s jersey numbers.

At the end of the first half, Young stole a pass and nailed a shot from beyond half court, per The Atlantic. After the shot went in, Young blew a kiss to the crowd, said “Rest in peace, Kobe,” and pointed to the sky.

Young also paid tribute to Bryant and Gianna on Twitter Sunday, sharing a photo of a past meeting with the father-daughter duo.

“…This S*** can’t be real… this the first moment I was able to meet Gianna Maria, she’s been to only 3 games this year… 2 of them were mine… She told me I was her favorite player to watch I can’t believe this,” Young wrote.

Bryant and Gianna were two of nine victims who perished in a deadly helicopter crash on Sunday in Calabasas, California.

The former NBA player and the teenager were on their way to a youth basketball game in Thousand Oaks with seven others when the helicopter crashed amid foggy conditions and burst into flames.

Sarah Chester and her daughter, eighth-grader Payton, the head basketball coach at Orange Coast College John Altobelli, his wife Keri and daughter Alyssa, girls basketball coach Christina Mauser, and pilot Ara Zobayan were also on the aircraft during the incident. There were no survivors.

Bryant and Gianna are survived by his wife Vanessa, 37, and their daughters Natalia, 17, Bianka, 3, and Capri, 7 months. 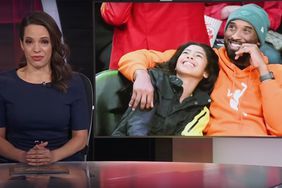 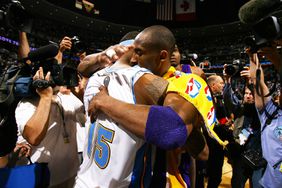