Tom Brady was pretty popular during last year's offseason — but there's at least one team that passed up their rare chance to sign the legendary quarterback.

When Brady entered free agency after deciding to leave the New England Patriots following a 20-year-career with the franchise, there were a number of teams that reached out about his availability. In a teaser for an upcoming episode of HBO's The Shop, Brady revealed there was at least one franchise that decided against selecting him as their quarterback.

"One of the teams, and they weren't interested at the very end," Brady said in the video of Friday's episode. "I was thinking, 'You're sticking with that motherf-----?' "

Of course, things worked out for Brady in the end — he eventually chose to play for the Tampa Bay Buccaneers, and led them to a Super Bowl victory in February. It was the seventh Super Bowl win of the 43-year-old's career.

Around the time Brady entered free agency, there were rumors that the final two teams in the running to be his new home were the Bucs and Los Angeles Chargers. The latter let go of longtime quarterback, Philip Rivers, and instead went with rookie quarterback Justin Herbert.

Some online are speculating Brady may have been speaking about Jimmy Garoppolo, who was once Brady's back-up in New England but went on to become the starting quarterback for the San Francisco 49ers.

The 49ers have confirmed they were interested in Brady during his free agency.

"When you're talking about one of the greatest quarterbacks of all time with Tom Brady, of course, you're going to have some internal discussion," General Manager John Lynch previously said, according to USA Today. "And then you hear rumors that hey, he'd like to come home, that kind of thing."

"So of course [head coach Kyle Shanahan] and I have discussions," Lynch said. "We're always into getting better, so you always look at everything, especially a situation like that."

"But within a day or two, Kyle and I looked at each other and said, 'You know what, we really like what we have in Jimmy,'" he added. "We love everything that he brings, and we really believe he's a long-term answer. I would tell you — we're more convinced than ever about who our quarterback is in Jimmy Garoppolo."

The 49ers ended last season with a 6-10 record, and, according to ESPN, Garoppolo is now competing for the starting quarterback position against North Dakota State quarterback Trey Lance, who the team selected in the NFL draft. 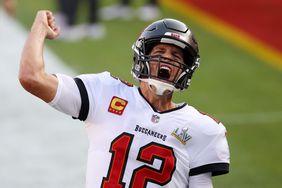 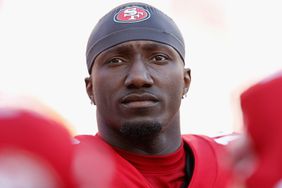