The Buccaneers quarterback responded after his father, Tom Brady Sr., made comments on his decision to leave the New England Patriots in 2020

Tom Brady is teasing his dad.

During Monday's episode of his Let's Go! podcast, the 44-year-old quarterback joked to co-host Jim Gray about putting his father, Tom Brady Sr.,"in a home" after the elder Brady said he felt vindicated seeing his son win the Super Bowl LIV with the Tampa Bay Buccaneers after leaving the New England Patriots.

"I've actually prepared a statement that I wanted to say, and it's really all that I have to say on the subject," Brady playfully began. "Comments made by Thomas Edward Brady, a 77-year-old insurance company CEO, who should know better at this point in his life, don't necessarily reflect the views or positions held by his son, Thomas Edward Patrick Brady, Jr. So furthermore, should Tom Sr. continue to speak out on behalf of his son without the express written consent, Junior reserves the right to eventually put him in a home against his will. That's all I have to say."

However, Brady quickly clarified that he was just poking fun, calling his pops the "greatest dad in the world."

"He's the most loving, caring, honest man in the world and without him there's no way I'd be in the position that I'm in," the athlete added. "He's there to support me, win or lose. He's been on the field coming off year in, year out. And my biggest supporter."

Last week, Brady Sr. appeared on NBC's Tom Curran's Patriots Talk Podcast and shared his thoughts on his son leaving the Patriots franchise after two decades. The quarterback's dad agreed that he felt vindication for his son's successful first season in Florida, citing the time as right to move as head coach Bill Belichick wanted him "out the door."

"Belichick wanted him out the door and last year he threw 56 touchdowns. I think that's a pretty good year," Brady Sr. said on the show.

The NFL great announced he was ending his run with the Patriots in March 2020, and signed with the Buccaneers just days later.

Now, Brady preparing to face off against his former team at Gillette Stadium for the first time as a member of the Buccaneers on Oct. 3. He'll take the field as a defending Super Bowl champ, having won his seventh ring earlier this year.

While appearing on the Patriots Talk Podcast, Brady Sr. said that Boston will forever hold a special place in their hearts.

"Very nostalgic," Brady Sr. said of returning to the city for the game. "That was our home for 20 years. The fans embraced Tommy, the city embraced Tommy and the team embraced Tommy for a while. And so, when he comes home it's gonna be a real treat that he spent 20 years making his mark in Boston. We owe a lot to the Patriots and a lot to Boston."

"Like every phase in life, things move on. Our kids get older, our kids move on," he explained. "They move out of the house, they go elsewhere. And that's kind of what it's like for Tommy right now where he's moved elsewhere and wherever he is, we support our kids, and Tommy's no different than the rest of us." 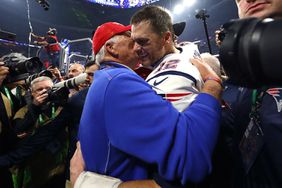 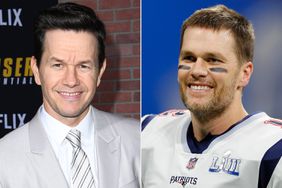