Tom Brady is looking to use the "TB X TB" phrase on attire, according to the trademark application

Tom Brady is looking to capitalize on the slogan used by the Tampa Bay Buccaneers in a recent video that highlighted the legendary NFL quarterback.

The video, posted on March 20, included the phrase “TB X TB,” a reference to Brady, 42, recently signing with the Buccaneers after leaving the New England Patriots.

That same day, Brady’s agents filed an application with the United States Patent and Trademark Office to have “TB X TB” trademarked, PEOPLE can confirm.

According to the application, Brady plans to use the slogan on shirts, pants, shorts, sweatshirts, sweaters, jerseys, sleepwear and headwear.

Brady is no stranger to trademark attempts. In August 2019, he tried — and failed — at trademarking the term “Tom Terrific,” a name made famous by retired New York Mets pitcher Tom Seaver.

The NFL quarterback and his representatives said at the time they wanted to apply for the trademark so that no one else would be able to use the moniker already given to Seaver and Brady.

However, the Trademark Office denied the application in saying it could “falsely suggest a connection” with the Mets pitcher, who was “uniquely and unmistakably” known as “Tom Terrific.”

Earlier this month, Brady shocked fans when he announced his departure from the New England Patriots, with whom he won six Super Bowl championships.

Several days later, Brady announced that he decided to sign with the Buccaneers.

“Excited, humble and hungry … if there is one thing I have learned about football, it’s that nobody cares what you did last year or the year before that … you earn the trust and respect of those around through your commitment every single day,” he shared on Instagram. “I’m starting a new football journey and thankful for the @buccaneers for giving me an opportunity to do what I love to do.”

In a media call with reporters on Tuesday, including PEOPLE, Brady spoke about his decision to play for the Florida team.

“There are a lot of things that were intriguing to me about the organization and the players and the coaches and the willingness to try to accomplish what the goal of playing football is, which is to win,” Brady said. 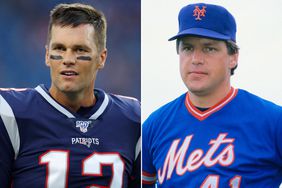 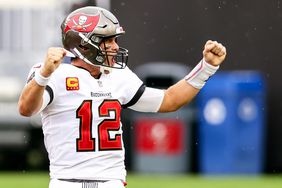 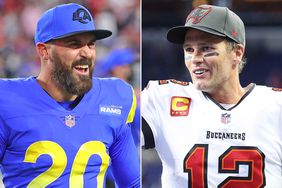