"We are beyond proud of each other for living out our dreams and loving every second of getting to experience this together!" Amanda Chidester said before the game

Amanda Chidester and Anissa Urtez faced off in Tokyo.

On Saturday, Team USA's softball team took on Mexico, winning their third match of the Tokyo Summer Games 2-0. The match-up also meant that Chidester — who helped Team USA secure their win against Canada earlier this week — played against her fiancée.

This time around, pitchers Cat Osterman and Monica Abbott combined for a one-hit game. And with a single swing of the bat during the third inning, Ali Aguilar drove in the only runs of the game, which were scored by Haylie McCleney and Dejah Mulipola.

Ahead of the game, Chidester opened up about how it felt to be going head-to-head against Urtez.

"The day is finally here!!! We are constantly being asked how we feel about competing against each other! We are both excited!" Chidester wrote on social media.

"We are competitors who are focused on our own paths with our respective teams. We are going out on the field and giving it all we have," the athlete continued. "We are beyond proud of each other for living out our dreams and loving every second of getting to experience this together!"

"We know that our life together has its own identity, and win or lose nothing will change that," she added. "I'm proud of what Anissa has accomplished in her career and I'm excited to compete against her on the biggest stage. Even though I'm rooting for my team to win and she's rooting for hers, at the end of the day our support for each other is unconditional."

Of course, the love was still there after the game.

"Don't worry guys," Urtez captioned a masked-up selfie of the pair in Tokyo. "We still love each other. She's still my idol. So proud to be yours."

While playing against Japan, the slugger hit one out of the park off a pitch by Yukiko Ueno — and also sent the game into extra innings with a single in the seventh, although the team ultimately lost to Japan.

The couple announced their engagement in November.

"My forever person," Urtez wrote on Instagram at the time alongside a smiling shot of the two athletes. "I can't wait for this beautiful journey together,"

For their next match, Team USA will take on Australia on Sunday. 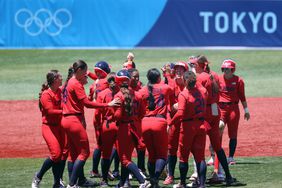 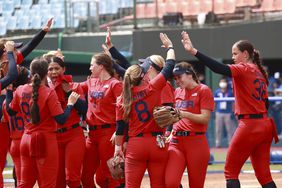 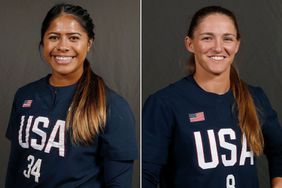 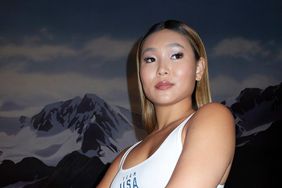 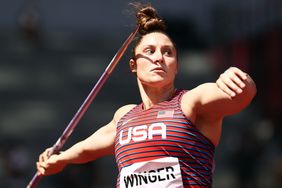 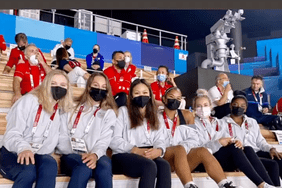 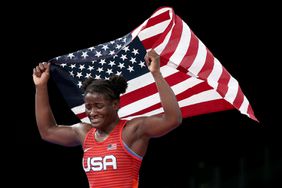 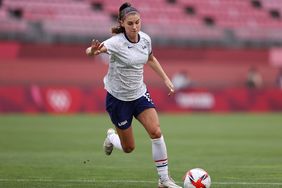 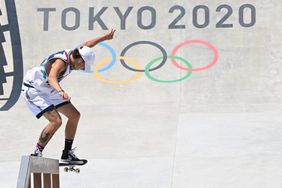 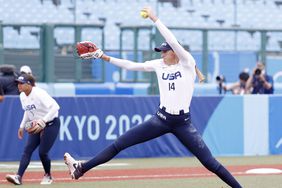 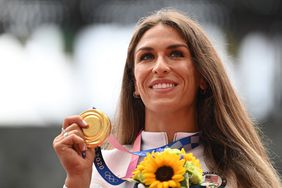