Suni Lee is the pride of her Minnesota and Hmong-American community — and no one is prouder of the Olympic silver medalist than her father, John.

"I am proud. The family's proud. The community is very proud of her," John told Today's Craig Melvin after the 18-year-old gymnast, who is the first Hmong American to represent the U.S. in the Summer Games, earned silver on Tuesday during the all-around team final.

Suni, along with teammates Jordan Chiles and Grace McCallum, rose to the occasion after veteran captain Simone Biles withdrew from the competition following her first apparatus in the final, vault.

"It's unreal, you know? There's only four spots available and so she made it and that's pretty tough," John said, reflecting on when his daughter made the U.S. team at the Olympic trials in June, which was one of the few events he was able to support her in person due to COVID-19.

John, who fell off a ladder in August 2019 and was paralyzed from the chest down, has been an integral part of Suni's life and career. He met Suni's mom, Yeev, when the gymnast was 2 years old after he was divorced with two kids, Jonah and Shyenne, according to ESPN, which also reported that it was Suni's decision to change her last name to Lee though John and Yeev are not legally married.

When he could not afford to buy a beam, John built one in their backyard to help his daughter train. And at her past competitions, John was a regular and often seen giving pep talks to Suni before her routines.

"I talk to her, I motivate her," he told Melvin, adding, "But the real secret is: I think it's her. I think she's pretty natural."

When asked about his recovery, John, who has used a wheelchair since his accident, said his hands are "getting stronger" but "my balance is not so great."

"I'm learning how to cope with that," he said. "Before I got hurt I always told Sunisa, 'If you make it to the Olympics, I'm gonna run out there and do a backflip.' But I can't do it now."

After winning silver, the incoming Auburn University student will next go for gold in the individual all-around — on Thursday — and then the event finals for the uneven bars (her specialty) as well as the beam.

Due to international spectators being barred from attending Olympic events in Tokyo, Suni's friends and family have been cheering her on from home.

The Lee family celebrated her team all-around performance during an early morning Tuesday watch party in St. Paul. "Even though we can't go and support her in-person, I'm glad that we could share with the world," John told local news outlet WCCO. "We're just all so happy, we cheered her on. We had the full house so we were pretty loud."

John also told Today: "As I watch her I'll be thinking, 'If she brings home a couple of medals, hopefully, a couple of gold.' I mean, that would be so great for the family, the community, and for the USA."

For Thursday's all-around final, which will see Suni and fellow Team USA gymnast Jade Carey competing, the Lee family will host a watch party in the early morning. 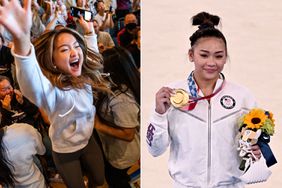 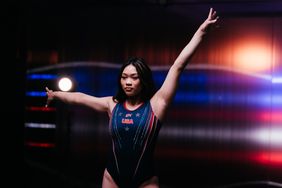 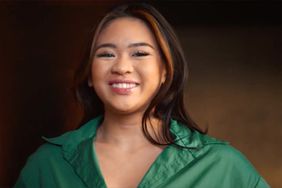 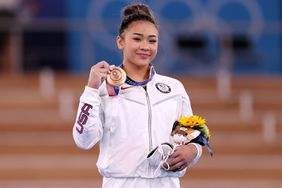