Hoda Kotb tells People (the TV Show!) that Simone Biles has her full support as the gymnast prepares to compete on beam after pulling out of her previous finals at the Tokyo Olympics

Hoda Kotb will be cheering Simone Biles on as the gymnast competes in Tuesday's beam final after opting out of her previous individual events.

During an interview with People (the TV Show!) on Monday, the Today anchor — who has been in Tokyo covering the Olympics — says that she is "100 percent behind" the 24-year-old gymnast, who has been dealing with air awareness issues and mental health pressures.

"Look, Simone is one of those people who has been a champion her whole life. And she's in the middle of a moment right now," says Kotb, 56. "And she feels comfortable enough to get on that beam and perform."

Just like Kotb, who has been cheering on Team USA from the sidelines, Biles has also been there for her teammates every step of the way.

"Let me tell you something, Simone Biles has been present at these Olympic Games. She has been yelling and screaming for her teammates," adds Kotb. "If there was an Olympic-sized cheerleader, it's Simone Biles. I personally have heard her in every place I've been in that venue."

"You can hear Simone. She's the loudest person in the room, and she's rooting her teammates on," she says.

Speaking about her time in Tokyo, Kotb says that while she originally only planned on staying for a week, she wanted to be there for Biles and decided to extend her trip. That turned into a teachable moment with her daughter.

"My daughter, Haley, said, 'Is the gymnast with the booboo okay?' That's what she asked me because she knew that something wasn't quite right with what happened. And I said, 'Well, that's why mom's going to stay. We want to make sure that the gymnast with the booboo's okay. Her name's Simone. And she's okay. And she's going to be okay,' " Kotb recalls.

"I was thinking about these Olympic Games and what the point was for us. And you want to tell people what the scores are, and you want to tell people what went down. But, more than any of that, I want these girls to feel good when it's over," she says. "I want them to feel satisfied, like they did their best, and that someone was in their corner for them in this moment.

"And it just filled me up to know that my kids understand that booboos don't only show in bruises or in sprained ankles. They come in different forms. And I think that's important for our kids to learn that," she adds.

Ultimately, no matter what happens on Tuesday, Kotb says that Biles has already accomplished so much in Tokyo.

"Simone's a brave soul. I'm really proud of her. And I feel like she's hitting it out of the park this Olympic Games for other reasons than she expected," she says. "But, again, watching her on the beam is going to be a great way to finish these Olympic Games out for her. And no matter what happens, she won. She already won." 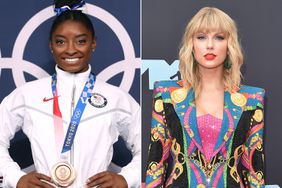 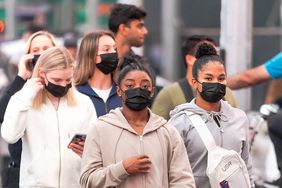