New Zealand's Laurel Hubbard, who competes in weightlifting, transitioned in 2013

As the controversial debate over transgender children in sports continues in the United States, a New Zealand weightlifter is making history.

Laurel Hubbard, 43, will be the first openly transgender athlete to compete at the Olympics, after qualifying for her country's team via international rankings late last month. She'll compete in the women's 87-kilogram event.

"As well as being among the world's best for her event, Laurel has met the IWF eligibility criteria including those based on IOC Consensus Statement guidelines for transgender athletes," New Zealand Olympic Committee CEO Kereyn Smith said in a statement. "We acknowledge that gender identity in sport is a highly sensitive and complex issue requiring a balance between human rights and fairness on the field of play."

After competing in men's weightlifting competitions, Hubbard transitioned in 2013, and she became eligible to compete in the Olympics women's events in 2015, when the International Olympic Committee issued new guidelines, according to Reuters. The guidelines stipulate that a transgender athlete can compete as a woman only if their testosterone levels fall below 10 nanomoles per liter for at least 12 months before their first competition.

Hubbard has been the subject of controversy in the past, including in 2018, when Australia's weightlifting association tried unsuccessfully to have her blocked from the Commonwealth Games. Most recently, Belgian weightlifter Anna Vanbellinghen decried Hubbard's eligibility in a statement last month, saying the situation is "unfair" and "like a bad joke."

While critics have claimed that transgender athletes benefit from unfair physical advantages, doctors and scientists say that is an oversimplification not supported by the facts.

"It's not my role or my goal to change people's minds," Hubbard said to Radio New Zealand in 2017. "I would hope they would support me, but it's not for me to make them do so."

Hubbard's historic Olympic qualification comes after she ruptured an elbow ligament during a competition in 2018, which almost ended her career. "I am grateful and humbled by the kindness and support that has been given to me by so many New Zealanders," she said in a statement.

"When I broke my arm at the Commonwealth Games three years ago, I was advised that my sporting career had likely reached its end," Hubbard continued. "But your support, your encouragement, and your aroha carried me through the darkness. The last eighteen months has shown us all that there is strength in kinship, in community, and in working together towards a common purpose. The mana of the silver fern comes from all of you and I will wear it with pride." 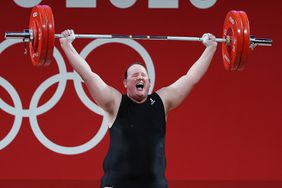 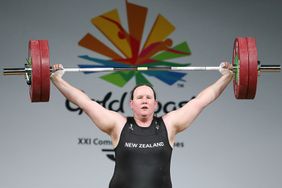 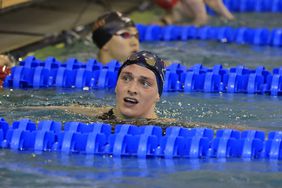 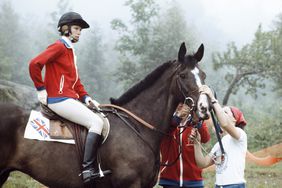 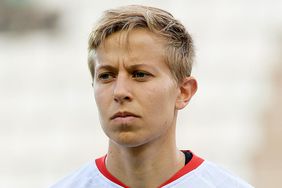 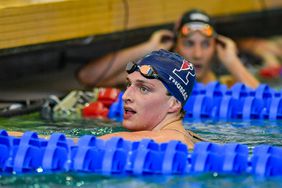 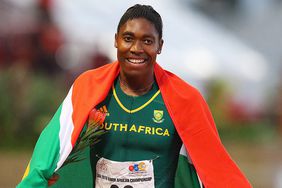 How Olympic Runner Caster Semenya Is Raising Questions About Sex, Gender and Sports