A video posted to social media shows a high school teacher becoming overcome with emotion as she’s forced to remove a poster of former NFL player Colin Kaepernick from her classroom on Wednesday after it prompted complaints from their Florida community.

According to WINK-TV, Alissa Perry, a math teacher at Port Charlotte High School, made the poster of 31-year-old Kaepernick — who famously protested police brutality and social injustice by taking a knee during the national anthem as a member of the San Francisco 49ers — to celebrate Black History Month.

“Thank you all for participating in this,” Perry, who did not immediately respond to PEOPLE’s request for comment, says in the video as her voice begins to quiver. “I’m going to go ahead and remove this.”

The video, originally uploaded by student Jaidyn Etheart, quickly went viral and was viewed more than 2 million times as of Friday afternoon.

“Just outrageous. This is Alissa Perry… fighting back tears, after officials at her school and in her district made her take down her Black History Month door cover of Colin Kaepernick because it ‘was offensive’ to some students,” activist Shaun King, 39, wrote on Twitter.

“It’s literally just art of Colin Kaepernick,” King continued. “They don’t just want to ban @kaepernick7 from the @NFL, they want to make him untouchable in American schools. It’s disgusting.”

According to the school district, Perry’s poster caused a “disruption” on campus, and the sheer number of calls and emails they received in criticism of it led them to finally ask for its removal.

“When the poster was put up, several students posted it to social media. This caused somewhat of a disruption at the school,” Charlotte County School District spokesperson Michael Riley said in a statement to PEOPLE. “Colin, whether he intended to by his kneeling protest, has become a very controversial, decisive personality.”

“If you recall, our President stated that he disrespected our nation and our flag, asking citizens to boycott the NFL and Nike. We also had an equal number in our nation who observed his actions as a silent, peaceful protest against unfair racial treatment,” the statement continued.

The district says they have continued to receive “negative” calls and emails despite having the poster taken down.

“Our school [is] a microcosm of our society. If we had left the poster up, calls to the school and negative emails to the district would have continued citing their feelings of disrespect for our nation and flag,” Riley adds. “Since we have taken it down we have received the same number of calls and many many negative emails. Our hope is that our students experienced this as a learning opportunity and can be ambassadors for a united, United States of America.”

While some in Port Charlotte supported the district’s decision, some students think the poster should have at least remained up until the end of Black History Month, and that officials caved too quickly to the complaints.

“They [school district] cracked under pressure,” Etheart told WINK. “I don’t think that a few people’s opinions should be able to take away something that meant a lot to a lot of people.” 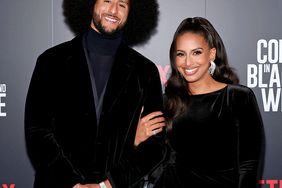 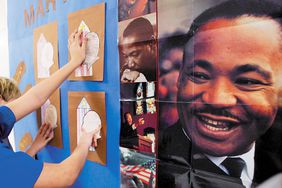 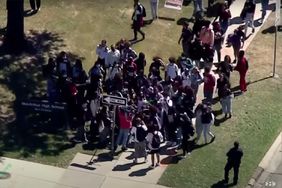 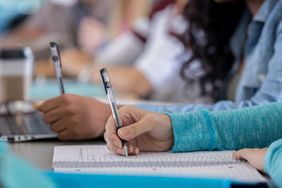 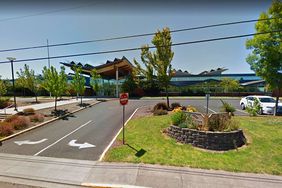