Olympian Simone Manuel on Experiencing Racism as a Swimmer: It's Hard to 'Defend Your Ambitions'

"I think that my journey in the sport of swimming as a black woman has been one with many trials and tribulations," Simone Manuel tells PEOPLE

After experiencing racism on her way to Olympic glory, swimmer Simone Manuel is sharing her story to create a better future for those following in her footsteps.

The 23-year-old — who is the first Black woman to earn an individual medal in Olympic swimming — is one of four athletes participating in P&G's "Lead with Love Campaign," which highlights the stories of Olympians and Paralympians who are working to serve their communities. The initiative recognizes Manuel for using her platform as an Olympian to speak out against racism, something she was subjected to both "overtly and covertly" during her pursuit of swimming.

"I think that my journey in the sport of swimming as a Black woman has been one with many trials and tribulations," Manuel tells PEOPLE.

The Texas native recalls the many prejudiced responses she experienced from people once they discovered she was a swimmer. The reactions varied from distinct looks of bewilderment to being asked why she didn't choose a different sport, like "track or basketball."

"It's very obvious that it's rooted in the thinking that Black people can't swim, shouldn't swim or can't be successful in the sport of swimming," she says. "I've gotten responses like that. I've gotten laughed at when I've told people I swim."

"Those are some experiences that have hurt down pretty deep, because it's really hard to always feel like you have to kind of defend what you love, defend your passions, defend your ambitions," she continues. "That was something that was really difficult for me because I always knew what the responses and the reactions were rooted in, and that it had to do with the color of my skin."

But Manuel also remembers the hurtful things that didn't happen right in front of her, like finding out she was the only one from her swim team not to be invited to a birthday party (she was the only Black person in the group).

"I've come home from practice many days and just cried about it with my parents and talked to them about it, talked to the ones that I love and feel their support, and then get back up the next day and go to practice and work hard because swimming is what I love to do," she says.

When she was 12, Manuel recalls being on the verge of walking away from swimming for good after she came home frustrated with the lack of Black people in her sport. With her parents, Manuel researched the history of segregation in the country and learned how these laws kept Black people from swimming in public pools. It also brought the family to the stories of other Black swimmers.

"I think through it all, what I learned was Black people can swim, we just weren't given an equal opportunity to be successful in the sport," says Manuel, who is currently training for the Tokyo Summer Olympics in 2021 after the event was postponed due to the coronavirus pandemic this year. "When I had the opportunity to swim, when I knew swimming was what I love to do, I felt a little bit of comfort in those stories, even though they were sad. I felt comfortable that, yes, we can swim. We can be good at this, we just didn't have those opportunities."

She adds: "Swimming is what I love to do, and I'm not going to let someone stand in my way."

Through the "Lead with Love Campaign," Manuel hopes to inspire other Black athletes to pursue swimming and diversify the sport. But she also hopes to inspire all people to "dream beyond traditional stereotypes and assumptions."

"Those experiences are something that's difficult and can take a toll on you, but nothing worth having is ever easy," Manuel says. "It's just another part of my journey, and I know that I'm not the only one that has had to deal with some of these experiences that I've dealt with. So I continue to press forward to hopefully make the journey a little bit easier for someone who comes behind me." 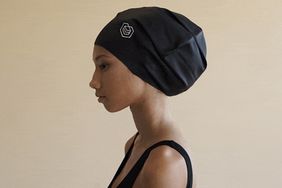 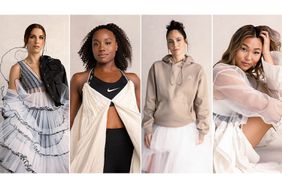 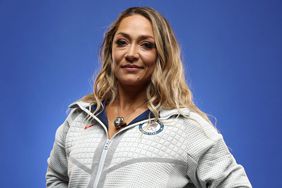 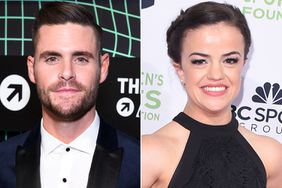 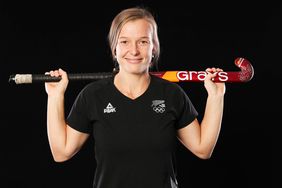 Olympian Brooke Neal Pens Open Letter to Athletes About Mental Health: 'Take It One Step at a Time' 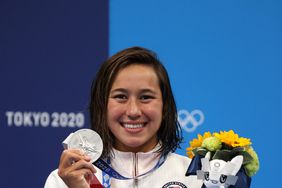