"It was literally like second nature again," Simone Biles tells PEOPLE about practicing gymnastics again back home in America in preparation for her Gold Over America Tour

Simone Biles is moving forward — happy and healthy again — after the Tokyo Olympics.

"It's kind of been a whirlwind since I've gotten back but I have had a lot of time at home which has been super nice," Biles tells PEOPLE. "Just to be home, be with friends and family, to decompress has been really nice."

And the decorated athlete, who added to her medal count with a silver and bronze in Japan, has already returned to gymnastics in preparation for her upcoming Gold Over America tour. "I have been to the gym and did a little bit of working out. When I say work out, it's very light. I'm enjoying my time at home and I'm happy to be back," Biles, 24, says.

After withdrawing from the Olympics women's gymnastics individual all-around last month, Biles, who was evaluated while in Tokyo, spoke to fans about the "twisties," a disorienting condition athletes can experience when they lose understanding of their air awareness, which puts them at risk of injury when they land.

Biles, a staunch mental health advocate, said on social media at the time it was "the craziest feeling ever. Not having an inch of control over your body. What's even scarier is since I have no idea where I am in the air I also have NO idea how I'm going to land or what I'm going to land on."

In Tokyo, she withdrew from four out of five individual event finals, only competing in the Aug. 3 beam competition during which she won bronze. This Monday, Biles returned to the gym for the "first time" since the Olympics with her coach Laurent Landi.

"He was like, 'Okay well I need you to go on the tramp and do a full-in that's all I care about,' " Biles recalls, speaking about a full-twisting double back which is two flips backward. "I started doing a couple fulls and on the first one, it was literally like second nature again."

"It's frustrating because I can do everything again. I don't know ... the stress, anxiety, the build-up or whatever happened, happened. Laurent kind of called it [in Tokyo], he was like, 'The annoying part is we're going to go home in a week or more. You're going to go back in the gym and you're going to be able to do everything.' I did a double-double (two somersaults and two twists mid-air) [back in a Texas gym], I mean it was pretty low but so far so good."

Biles will be headlining the Athleta Presents Gold Over America Tour, a gymnastics competition-meets-concert experience where fans can watch their favorite stars perform some of their most famous routines.

Joining Biles on the road are fellow Team USA gymnasts Jade Carey, who won gold in individual floor exercise, and MyKayla Skinner, who won silver in the individual vault final. In addition, Biles' "Fighting Four" teammates Jordan Chiles and Grace McCallum, with whom she won silver for in the team all-around, will be headlining members of the tour.

"Life has been pretty fun," Skinner, 24, tells PEOPLE about coming home after her first Olympics and moving to Utah from Arizona. "I'm excited to be on Simone's tour and it's going to be a lot of fun on the coolest tour they've ever had."

Chiles, 20, called her first Olympics in Tokyo a "great experience" and added that she's "definitely happy to be back home." Carey, 21, admitted that her homecoming has been a "little bit crazy but it's nice to be home just spending time with family and friends that I haven't been able to see in a while."

Biles, Carey, Chiles, Skinner and McCallum will be once again traveling together, this time on the tour to showcase their talents and thank the many fans stateside who cheered them on in Tokyo.

"This will be an amazing time to give back to our communities because they've been so supportive and loving to us. It'll be really exciting to go to all these cities and meet all the gymnasts because, at one time, we were all in their shoes coming to these tours and looking up to those gymnasts. Now it's us," Biles says. "Hopefully they take a lot of inspiration away from this tour."

The Athleta Presents Gold Over America Tour kicks off on Sept. 21 in Tucson, Arizona, followed by stops in Denver, Los Angeles, Houston, Chicago, Detroit, Columbus, Atlanta, Philadelphia, Newark, and Brooklyn, among other locations. The 35-city tour is set to end in Boston on Nov. 7.

"Being in our hometowns, we get a lot of our friends and close family to come out to the shows. That makes it that much better and special," Biles says.

While on the road, Carey, 21, and McCallum, 18, will also be studying college courses. "I start online classes the second week of the tour," Carey shares of being a Oregon State University student. "It might be a little bit hard but once I get used to it I'll be okay."

McCallum, an incoming University of Utah student, will start school before the tour, she says, adding, "Thankfully I'll be able to get used to it. I'm excited to do it on the road too and not miss a semester of school."

Meanwhile, Chiles won't begin classes at UCLA until 2022. "I don't start until January. I'll be school-free the whole tour but I do have to report in December when practices start," she says.

All in all, leader Biles says going on tour will be an opportunity for both the gymnasts and the fans to spread positive messages through their sport, similar to how Biles was a great example in Tokyo.

"With all of us, granted the platforms we have been blessed with, it is really important because we have a lot of followers who look up to us," she shares of being a force for good and speaking out about causes important to her. "If we start speaking out in things we believe in or that we know is right from wrong, then they'll also find the courage to do the same thing because we're somebody they look up to." 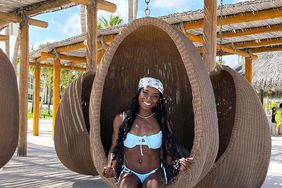 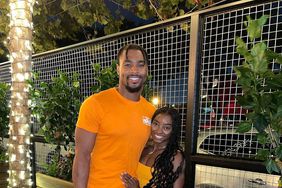 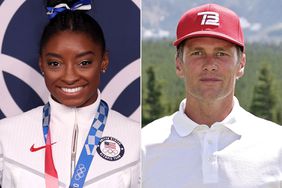 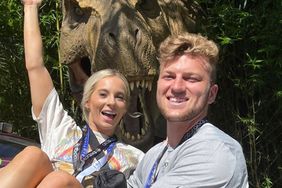