Shaun White Enjoys 'Respect' That Comes with Being One of Oldest U.S. Olympic Snowboarders

Shaun White is one of the oldest American competitors in snowboarding — and he wears that label with honor.

"I mean, I will say it was so weird when I started getting asked questions like that," he admits. "For forever it was like, 'Dropping in, the youngest competitor Shaun White.' I'm so used to that time and obviously, you know people tell you, time flies."

The three-time Olympic gold medalist adds that being an older athlete comes with a strong sense of accomplishment. White has been competing professionally in snowboarding since he was 13.

"I'm actually so proud of that, you know. It's like you watch guys like Tom Brady and these amazing athletes that ... do it just as they were when they're younger, so it's really inspiring. I kind of take pride in that," White tells PEOPLE.

The dual-sports athlete adds, "There's a lot of young competitors that, like, I could just tell they probably had watched my career. There's just respect there and that's a really consistent really good time feeling."

His elongated career is something other pro snowboarders have also complimented him on.

"A lot of the guys at the halfpipe, I used to compete with them and they're all coaches and they're like 'Dude, you're the last of this generation. It's so rad that you're still doing it,' " the 15-time X Games gold medalist says. "Danny Kass — He got the silver medal 2002 in Salt Lake City, Utah [Winter Olympics] — he texted me like, 'So awesome to see you out riding.' "

White adds, "It's a fun camaraderie with all the older generations as well as younger."

The snowboarder previously felt uncomfortable being asked about his age in relationship to the sport and now he says, "I'm embracing it.

"I mean, I got no other option," the snowboarder admits with a laugh.

One thing that hasn't changed since White started competing is his pre-slope ritual of having beef, a routine that "started when I was a kid."

"I have to have a steak because it's doing really well [for me]," White tells PEOPLE. "It just kind of became a thing. From doing road trips as a kid, beef jerky was just always around."

Of his brand sponsorship and investor role with KRAVE, he says, "I've always been a big fan of KRAVE so they kind of like align with my ritual as well."

White returned to snowboarding competition for the first time in three years for the Olympic qualifier event Land and Rover U.S. Grand Prix in Aspen, which started on March 18.

The athlete tells PEOPLE he "got a little nervous" and tends to always have more anxiety during qualifier events rather than the Olympic games.

White says there's so much emphasis on the Olympics, but qualifier events are where all the pressure is. 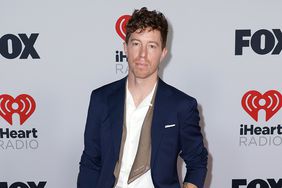 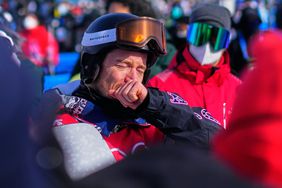 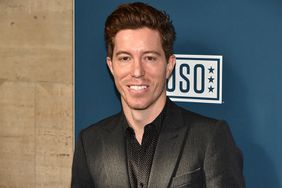 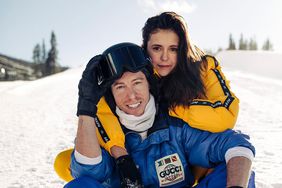 Nina Dobrev Raves About Boyfriend Shaun White Ahead of Olympics: 'I'm So Proud of Him' 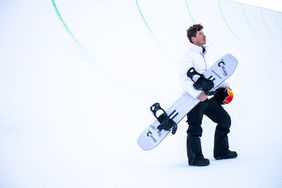