Shaun White is apologizing for his Halloween costume.

Over the weekend, the three-time Olympic gold medalist, 32, was slammed by the Special Olympics for dressing up as Simple Jack, a character with a disability played by Ben Stiller in Tropic Thunder.

“I owe everyone in the Special Olympics community an apology for my poor choice of Halloween costume the other night,” White said in a statement to PEOPLE which he also shared on social media.

“It was a last minute decision. It was the wrong one. The Special Olympics are right to call me out on it. They do great work supporting many tremendous athletes and I am so sorry for being insensitive. Lesson learned.”

In a statement given to both the Huffington Post and TMZ, a spokesperson for the Special Olympics said: “We are truly disappointed that Shaun White, an acclaimed Olympian, would choose this costume which is so offensive and causes so much pain.”

“Disability is not a joke nor should it be a punchline. We hope that Shaun White and others learn that this just continues stigma, stereotypes and discrimination,” the statement concluded.

The Special Olympics did not immediately respond to PEOPLE’s request to comment further.

Trump’s Mockery of a Disabled Journalist: Watch for Yourself

In the 2008 film, Simple Jack is a mentally-challenged farm boy who is picked on for his disabilities and commonly referred to as the R-word.

Ahead of Tropic Thunder’s release, advocates for the disabled protested the film.

At the time, Peter Wheeler a spokesperson for the Special Olympics told Reuters, “We are asking people not to go to the movie and hope to bring a consciousness to people about using derogatory words about this population.”

DreamWorks defended the films use of the R-word and Stiller’s character.

“Tropic Thunder’ is an R-rated comedy that satirizes Hollywood and its excesses, and makes its point by featuring inappropriate and over-the-top characters in ridiculous situations. The film is in no way meant to disparage or harm the image of individuals with disabilities,” Chip Sullivan, a spokesperson for DreamWorks said, Reuters reported. 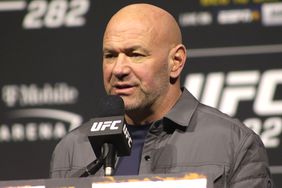