WWE star Seth Rollins is officially off the market!

On Monday, Rollins, 32, shared a sweet black-and-white photo of himself and fellow wrestler Becky Lynch sharing a kiss, confirming their relationship.

“Champ champ champ,” Lynch, 32, wrote in the comment section of the photo.

Rollins and Lynch’s romance has since been applauded by both Nikki and Brie Bella.

Lynch has not yet gone public with their love on her own Instagram page.

“Now anyone can be the main event of WrestleMania, it’s not necessarily just have to be a man. The main event is up for grabs by everybody now.”

Lynch also gushed over her win on Instagram writing, “I was once told when I said I wanted to Main Event #WrestleMania, that ‘it’s nice to dream but be realistic.'”

“I’m happy I didn’t take that advice,” she went on to write. “It is now unthinkable to think what was once unthinkable. Those 3 seconds last night were a lifetime in the making. Thank you to all of you who have been on this crazy whirlwind journey with me. I love you all. We’re only getting started #becky2belts.” 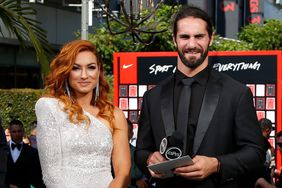 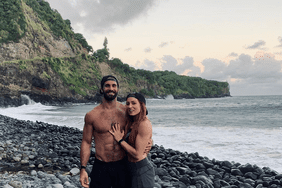 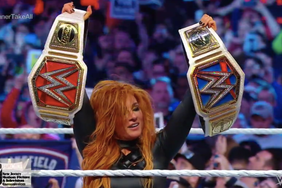 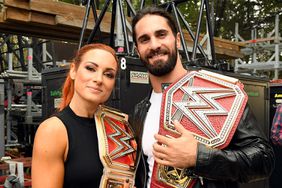