Serena Williams has won her first tennis title since becoming a mother three years ago!

Clearly filled with emotion, after scoring the final point, Williams — whose last title win came in January 2017, while she was still pregnant with daughter Alexis Olympia — lifted her hands into the air as the crowd burst into thunderous cheers.

Making things even sweeter, Williams was later joined by her daughter on the court as the proud mom lifted her trophy into the air.

“It feels good,” Williams said afterward, according to CNN. “It’s been a long time. I’ve been waiting two years for this moment. I think you could see the relief on my face.”

Although Williams, who’s won 23 majors throughout her career, has made it to the final round in several tournaments since returning to the court following her daughter’s birth, she had previously been defeated every time — until now.

Following the match, Williams announced she would donate the $43,000 prize to Australian bushfire relief.

The move came just days after the tennis pro announced she would be joining fellow stars, including Roger Federer and Rafael Nadal, to play in a charity match that will raise funds to combat the devastating fires.

All ticket proceeds from the Australian Open Rally for Relief will be donated to bushfire relief efforts. The games are set to take place on Jan. 15 at Melbourne Park’s Rod Laver Arena, days ahead of the Grand Slam tennis tournament, which begins on Jan. 19.

“This unprecedented bushfire crisis is devastating people, properties, communities, livestock and animals across the country and our hearts go out to all those affected,” Australian Open Tournament Director Craig Tiley said in a statement on Wednesday.

During the tournament, Williams also advanced to the doubles finals with pal Caroline Wozniacki, who will be retiring at the end of the month, following the Australian Open. The pair was defeated in the final round.

Williams will be competing in the Australian Open, where she’ll have a chance to pick up her 24th major title. 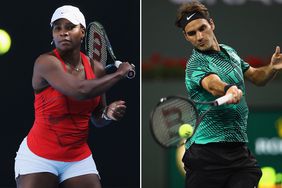 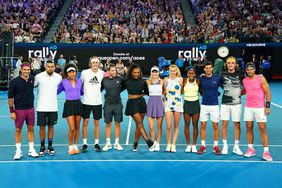