Serena Williams Just Won Her 100th U.S. Open Match: 'I Love What I Do'

Williams' next match is against Ukranian Elina Svitolina in the semi-final on Thursday, Sept. 5

On Tuesday night, the American tennis star dominated the court over No. 18 seed Qiang Wang, winning 6-1, 6-0.

“It feels good,” Williams said to ESPN after the game. “It feels like, ‘OK, this is what I’ve been training for. This is how hard I’ve been working.’ It feels like, you know, hard work pays off when that happens.”

Williams, 37, managed the incredible victory — now tied for the shortest complete match of the Women’s Tennis Association season — despite rolling her ankle in her previous match.

“Physically, I’m feeling great,” Williams told ESPN of her injury. “And more than anything, I’m having fun every time I come out here.”

When Wang, 27, was asked about her match against Williams, she said the most surprising thing she found about her opponent was her “power” — detailing everything from Williams’ strokes to her serves.

The 23-time Grand Slam winner later revealed she had been training especially hard after what she felt had been a rocky start in the annual Flushing Meadows tournament.

“I’ve been working on my speed, getting shots,” Williams told the outlet. “I didn’t give her too many chances in the match.”

The total points at the end of the game was a stark 50-15, giving Williams her 100th singles victory since her 1998 debut on the U.S. Open stage when she was just 17 years old.

“From when I first started here … I never thought that I would get to 100,” she told ESPN. “Didn’t even cross my mind I would still be out here. But I love what I do.”

Ranked as a No. 8 seed, Williams is looking to win her 24th Grand Slam singles title, tying the record for most grand slam wins with Margaret Smith Court. The mother of Alexis Olympia has already surpassed tennis champion Steffi Graf’s 22 titles.

Williams’ next match is against Ukranian Elina Svitolina in the semi-final on Thursday, Sept. 5. 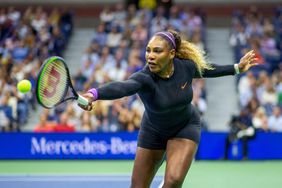 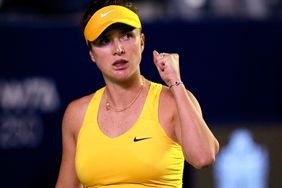 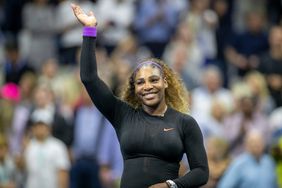 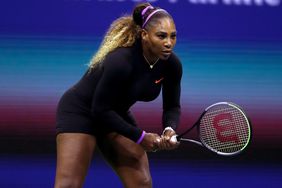 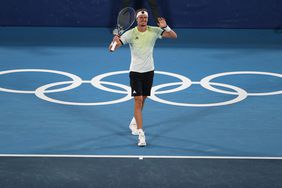