Serena Williams withdrew from her first-round match at Wimbledon on Tuesday after she suffered an apparent leg injury.

"I was heartbroken to have to withdraw today after injuring my right leg. My love and gratitude are with the fans and the team who make being on centre court so meaningful. Feeling the extraordinary warmth and support of the crowd today when I walked on - and off - the court meant the world to me," Williams shared on Instagram.

According to NBC Sports, the 39-year-old tennis legend slipped on the court during her match against Aliaksandra Sasnovich and limped to her chair before briefly leaving the court with an injury timeout.

Williams returned with her right thigh taped but fell to her knees soon after the match continued.

With the match at 3-all in the first set, Williams — the No. 6 seed — retired from the tournament. She waved to the crowd, who gave her a standing ovation in return as she left the court holding back tears.

"Of course I'm so sad for Serena, she's a great champion," Sasnovich said, according to ESPN. "It happens sometimes in tennis but all the best for her and her recovery."

The outlet noted that this is only the second time in Williams' career that she retired from a match at a major. The last time was in the third round of 1998's All England Club.

Another player, Adrian Mannarino, also slipped during the tournament this week. Mannarino was playing against Roger Federer, and was forced to retire after the accident, ESPN reported.

Before the start of the tournament, Williams announced she would not be attending the upcoming Tokyo Olympics.

"I'm actually not on the Olympic list, not that I'm aware of," Williams said during a press conference. "If so, then I shouldn't be on it."

"There's a lot of reasons that I made my Olympic decision," she continued. "I don't really want to -- I don't feel like going into them today. Maybe another day."

She is a four-time Olympic gold medalist. 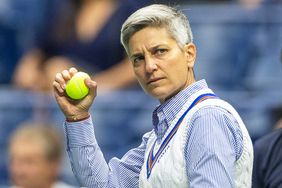 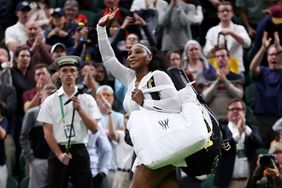 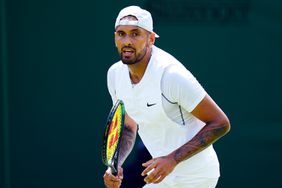