The 23-time Grand Slam winner tells PEOPLE she plans to pass this passion down to daughter Olympia, too

Serena Williams knows the importance of rest and relaxation, and for the iconic tennis player who holds 23 Grand Slam titles (the most amongst currently active players), that means playing her Nintendo Switch on her downtime.

A four-time Olympic gold medalist and Nintendo spokesperson, Williams, 39, said she carries her Switch console whenever she travels. "I think a better question is where I don't play it," the tennis star said. "I travel everywhere, so I travel with it. Sometimes when I'm taking some alone time, I'll just sit on my couch and, just like when [3-year-old daughter] Olympia is at school or something, I just relax and then I'll pull out my Switch and just have fun."

Her go-to Switch game? Mario Tennis Aces, of course, which is "totally relaxing" to Williams and something she "always wins," she tells PEOPLE. The tennis star loves adventure mode on the best-selling Switch game, and always plays as Mario, the face of the franchise.

Video games were a huge part of Williams' life growing up. "I always liked gaming when I was younger because it was really popular," she said, having enjoyed gaming with her siblings. "This generation grew up with [video games]. The generation before didn't have it, so [it was] just always part of my life, and I just kind of enjoyed that."

Williams remembered playing classics like the Power Pad, Duck Hunt, and Metroid (whose first 2D sequel in 19 years, Metroid Dread, launches later this year) on the Nintendo Entertainment System that required cartridges, and later "ended up having all the Game Boys." Even though she's now on the Switch, Williams has "been on it for a long time," she said of her experience with Nintendo consoles, and her love for gaming is something she intends on passing down to her daughter.

Serena Williams and Daughter Olympia Pose in Matching Pink Outfits: 'I Got It from My Mama'

Williams told PEOPLE of her plans to introduce the Switch or future Nintendo consoles to Olympia when she's older. "For sure. That goes unsaid, absolutely." The tennis player is also excited about the gaming company's upcoming OLED Switch, something that's "going to be really, really cool." She even shares a love of video games with husband Alexis Ohanian, whom she called a "legit" gamer and a fan of Nintendo's Zelda series.

"I've dabbled in Zelda," said Williams. "I'm not very good at it. I'm more like the Animal Crossing kind of gamer." Agreeing that Animal Crossing is a "lovely" game, Williams said lifestyle titles are more of the gaming styles she's into. "I tried Luigi's Mansion for a while, it was fun, but I wasn't good at it, and I get frustrated with them. So I was like 'play what I know.'" Other games that she's enjoyed include Tetris, Just Dance with sister Venus Williams, and Mario Kart.

Alexis Ohanian Shares How Wife Serena Williams Helped Him Learn to Unplug: 'I Really Took This to Heart'

The decorated athlete has so far been keeping busy with Ohanian and their daughter all summer. Besides playing some games on her Switch, she also unwinds by binge watching and streaming TV shows (her latest favorite is Manifest). Although Williams is enjoying this time relaxing with her family, she is spending the rest of the summer season preparing for upcoming tournaments — one of which is the US Open in September.

"My summer's been fast. I feel like summer is almost over and we have one more month left, ish," said Williams. "It's just been so fast, I haven't done much and I've just been doing my usual. Lots of family time, and just being at home, so it's been nice." She's also looking forward to attending The Met Gala on September 13, but she's "just training before that."

Family time, training, and playing on her Switch. Just another day in the life of the best tennis player of her time. 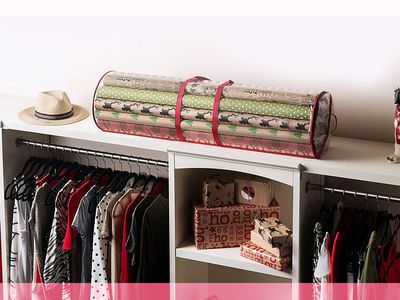 Shoppers Swear by This Space-Saving Holiday Wrapping Paper Storage Box, and It's on Sale for Under $10 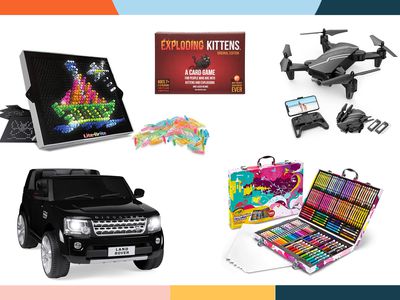 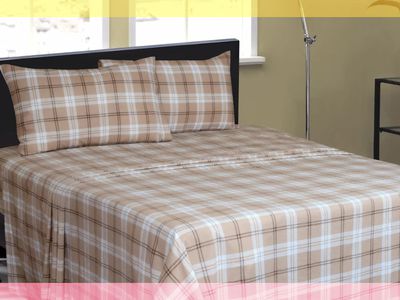 This Super Soft Plaid Flannel Sheet Set Is a PEOPLE Tested Winner, and It's on Sale for $40
Related Articles 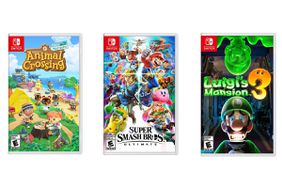 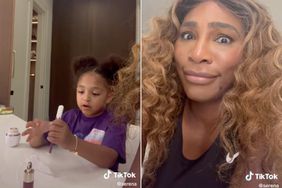 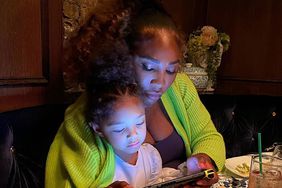 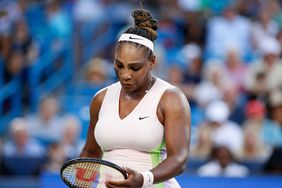