Have They Reconciled? Scottie Pippen Posts Valentine's Day Beach Photo with Wife Larsa and Kids After Filing for Divorce

On Valentine's Day, Scottie Pippen tweeted a picture of the couple and their four children, saying, "#TeamPippen Stronger than ever"

Months after filing for divorce from his wife, Larsa, Scottie Pippen seems to be officially confirming that the two are on the road to reconciliation.

On Tuesday, the NBA legend, 51, tweeted a picture of the couple and their four children, saying, “#TeamPippen Stronger than ever.”

The seemingly blissful family — including children Scottie Jr., Preston, Justin and Sophia — were photographed posing on an idyllic beach in front of green mountains and turquoise waters. The whole family wore swimsuits, with Larsa, 42, looking vacation-ready in an animal print bikini.

A source tells PEOPLE the Pippens are on a family vacation because their kids are off from school.

The Pippens hinted at a reunion last week when Larsa Snapchatted a photo of a massive diamond ring, saying, “My valentines present! Thx Fourteen Karats.” Later that evening, the couple hit the town in L.A. together and were photographed with friends including Kourtney Kardashian, LL Cool J and Richard Weitz.

A source close to the Pippens told PEOPLE at the time, “I think they were always trying to find a common ground. For a while, they didn’t see eye to eye, but they’ve been married for 20 years, they have four kids.”

Scottie and Larsa’s split was announced last October, following 19 years of marriage. The breakup grew particularly contentious when two voice recordings surfaced of Larsa making calls to police alleging that her husband was being verbally aggressive towards her. 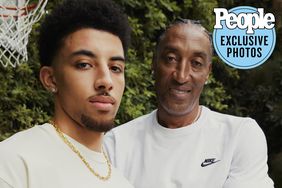 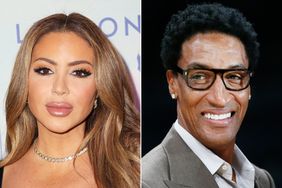