"Why would I be offended by anything that happened 30 years ago?" Scottie Pippen said in a recent interview

Both Hall of Famers were portrayed in the ESPN documentary The Last Dance, which tells the story of the Chicago Bulls' 1997-98 season — a year that saw the team win its sixth championship in eight seasons.

While Jordan, 57, said in one episode that he found Pippen's decision to delay ankle surgery until after the season began "selfish," Pippen, 54, says that he's not offended by his former teammate's assessment.

"Why would I be offended by anything that happened 30 years ago?" Pippen said in an interview with the Associated Press Tuesday.

"I wasn't upset about it," Pippen added. "It didn't bother me at all."

In fact, the athlete said that he's glad that fans were able to learn more about the Bulls' legacy: "It was an opportunity for our younger generation that hadn't seen or knew anything about basketball in the '90s," he said.

Before the docuseries premiered back in April, Jordan said that some of the footage might make him look like a "horrible guy."

"When people see this footage I’m not sure they’re going to be able to understand why I was so intense, why I did the things I did, why I acted the way I acted, and why I said the things I said," Jordan said in an interview with The Athletic ahead of the documentary's debut.

For instance, Jordan said his treatment of teammate Scott Burrell — who joined the Bulls in the offseason when Pippen was sidelined due to injury — may give viewers the wrong impression.

"When you see the footage of [me riding with Scott Burrell], you’re going to think that I’m a horrible guy,” Jordan told The Athletic. "But you have to realize that the reason why I was treating him like that is because I needed him to be tough in the playoffs and we’re facing the Indiana’s and Miami’s and New York’s in the Eastern Conference."

"He needed to be tough and I needed to know that I could count on him," Jordan continued. "And those are the kind of things where people see me acting the way I acted in practice, they’re not going to understand it."

The Last Dance is now streaming on Netflix. 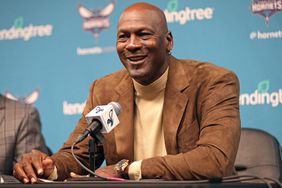 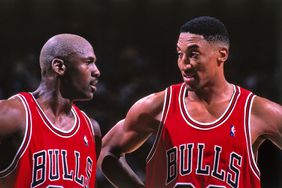 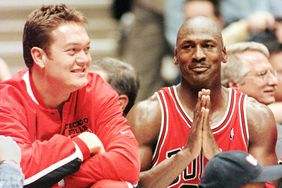 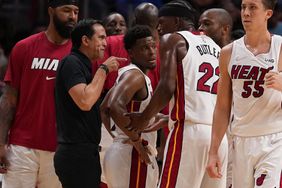 Rudy Gobert Got Stung on Face by Bee from His Own Beehive, Jokes 'Sometimes There's Casualties' 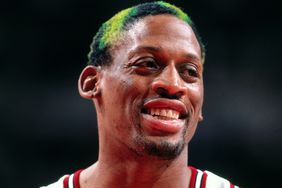 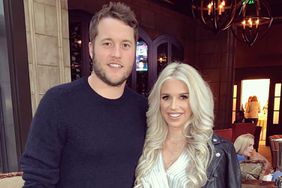 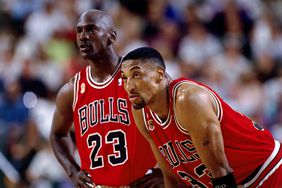 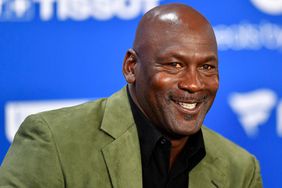