NFL Star Comes Out as Bisexual: 'Being More Comfortable in My Own Skin Made Me a Better Teammate'

The football star is currently an NFL free agent, but previously played for the Cowboys and, most recently, the Tampa Bay Buccaneers.

“Have I lied to teammates, coaches, trainers, front-office executives and fans about who I am? Not exactly,” Russell, 27, wrote in the essay. “But withholding information is a form of deceit. And I want the next part of my career — and life — steeped in trust and honesty.”

The athlete continued, “During the season you spend more time with your team than with your own family; truth and honesty are the cornerstones of a winning culture. My truth is that I’m a talented football player, a damn good writer, a loving son, an overbearing brother, a caring friend, a loyal lover, and a bisexual man.”

After the essay was published, Russell posted a YouTube video with his boyfriend, dancer Corey O’Brien, on their new joint YouTube channel. The athlete also posted a photo with O’Brien on Instagram Thursday, captioning the photo with a poem that began “Love is faithful, Love is kind.”

In his own Instagram post, O’Brien wrote that he “couldn’t be more proud” of Russell for “speaking his truth as a player in the NFL and as my boyfriend.”

Rob Gronkowski on Whether Tom Brady Will Retire: He’s ‘Going to Play for as Long as He Wants’

In his essay, Russell wrote, “Today, I have two goals: returning to the NFL, and living my life openly. I want to live my dream of playing the game I’ve worked my whole life to play, and being open about the person I’ve always been,” adding that “there isn’t a single openly LGBTQ player in the NFL, NBA, Major League Baseball or the NHL.”

He also shared, “I want to change that — for me, for other athletes who share these common goals, and for the generations of LGBTQ athletes who will come next.”

“Though I confided in close friends and family and gave myself permission to date both men and women discreetly, I deprived myself the basic privilege of living an open life,” he wrote. “That meant I had to be strategic and cautious about meeting guys or getting involved with them during the regular season. It also meant that even though I was building important friendships on my team, I couldn’t be authentic or honest about who I am or what was going on in my life.”

The football player explained that, after his first few seasons in the NFL, he “started feeling the freedom of transparency — even if it was small at first — and the fear of people finding out and rejecting me slowly dissipated.”

“Being more comfortable in my own skin made me a better teammate,” he wrote. “I was able to play and start at the highest level in the world, and felt like I belonged.”

Russell concluded his essay by saying that he’s “not looking to be a symbol or media star.”

“I just want to play ball for a team that knows me off the field and values me on it,” he wrote. “I want to encourage teammates to be the same people they have always been. I want us to remain as close as family. I want to be able to dedicate my life to football without feeling like I can’t dedicate my life to truth as well.” 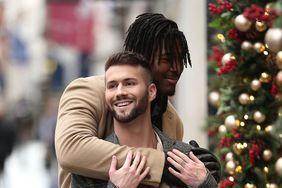 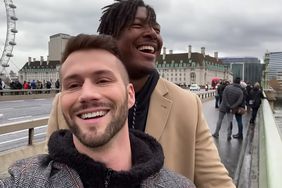