After 18 seasons in the National Hockey League, Ryan Miller is officially retired.

The goaltender's career came to an emotional close Saturday evening after his Anaheim Ducks lost 4-3 in overtime to the Minnesota Wild.

In the moments after the game concluded, Miller shared a touching moment with his parents, who sat in the front row for his last game.

Captured on camera, a teary-eyed Miller exchanges a few words with his dad before receiving a group hug from both of them.

Miller played 796 games during his time in the NHL. He won 391 of them — the most of any American-born goalie, according to the league.

Earlier in the game, he received a standing ovation. Players from the Minnesota Wild also made sure to approach the goalie to shake his hand after the match.

Miller announced his retirement in April, with just six games remaining in the season after the Ducks were eliminated from the Stanley Cup Playoff contention.

"Hockey has been a true passion for me," he said in his announcement. "Introduced by my family, my dad.... I was really drawn to the goaltender's position -- being discouraged in just the slightest way possible from time to time by my dad because of how difficult it could be to stand there -- but I just felt like that was the spot for me. It ended up being exactly where I wanted to be."

He continued, "I kind of thought this year would probably be my last year, and wanted to take the time to appreciate everything about the game. It's been a good year. I've been able to soak it in. I could have waited to retire, but just felt like this would be a good way to say goodbye, with some time to appreciate it and tell the guys, so I could enjoy the moment."

Miller joined the league in 1999 when he was the 138th pick of the NHL draft, selected by the Buffalo Sabres. He spent 11 seasons with Buffalo, becoming the team's leader in wins.

Miller won a silver medal with the United States during the 2010 Vancouver Olympics. He was named MVP of the tournament, winning five of six games.

Last month, he said that after a short time away to focus on family, he hopes to continue to contribute to the league in a new capacity through either management or player development. 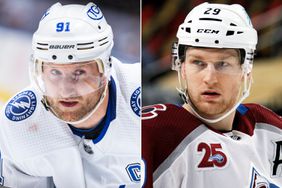 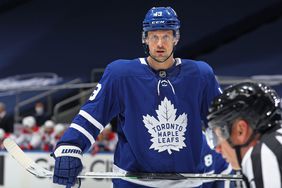 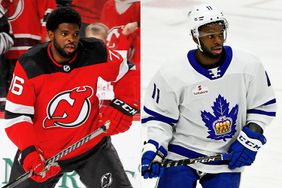 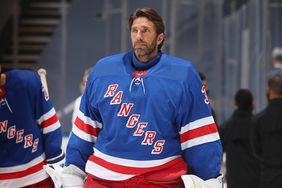