"When y'all talkin' about women and warriors. We're warriors, you guys," Leslie Jones proclaims in a Twitter video

The gold medal athlete and the Saturday Night Live star – who is heading to Rio as an NBC contributor after her hilarious Olympic social media videos went viral – are going back and forth on Twitter, congratulating and thanking each other as Walsh Jennings competes for Team USA in Brazil.

“When y’all talkin’ about women and warriors. We’re warriors, you guys. And we’ve been warriors, and we’ll stay warriors. That’s Right! USA!” shouts Jones in a Twitter video as she watches Walsh Jennings and her partner April Ross compete.

“Y’all are killin’ it right now!” says Jones while rooting for Walsh Jennings and Ross as they competed against China on Monday night.

“This is the warrior face I’m talking about Kerri, you are a warrior – you will always be a warrior!” says the actress.

And Walsh Jennings – a mother of three – says she absolutely loves the shout outs.

Moms of Female Olympians Talk About Having Daughters in the Games

“I couldn’t sleep after the last match. Someone was like, ‘You need to go to Leslie Jones’s Twitter’ She kept me up for an hour,” Walsh Jennings told Yahoo! Sports.

She added, “I was dying. I wanted everyone to listen to it, but you need earmuffs, because she’s so into it. But I love her. She’s perfect to me. I can’t wait to see what she came up with today.”

After going 2-0 against China, Walsh Jennings and Ross finish up pool play against the Swiss team on Wednesday evening. 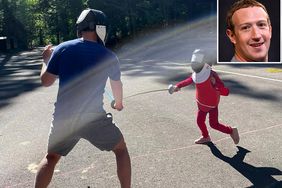 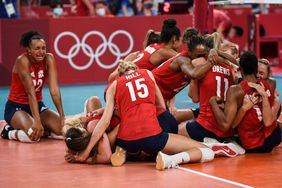 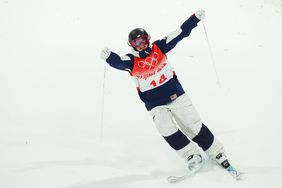 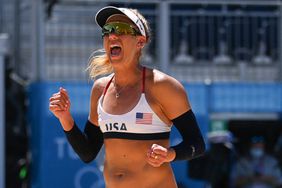 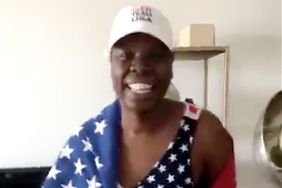 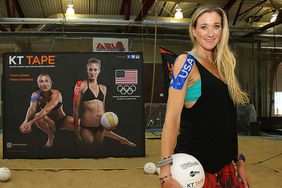