MLB's First African-Born Athlete Plays in Pirates Game: 'I've Dreamt About This Over and Over'

"He's representing 1.62 billion people ... everybody was pulling for him," said a fellow player

History was made in Pittsburgh on Wednesday night.

After nine years in the minors, Mpho’ “Gift” Ngoepe got to play in a major league game. Sports history, yes. World history, too.

There have been major league players from North, South and Central America, Asia and Europe before, but not one from Africa. In effect, Ngoepe is the first man from the continent to reach the majors.

“It’s a dream come true for me because it’s been my dream since I was a 10-year-old boy, but it also means so much to the people of South Africa and baseball in Africa,” Ngoepe said before Wednesday’s game, according to The New York Times. “I’ve gotten plenty from people back home who are so excited.”

Making the majors is any ballplayer’s dream.

“Yes, it’s a massive achievement as thousands of local American players never make it to that level,” South Africa’s The Citizen newspaper explained to its readers overnight.

Mpho’ (pronounced mm-POH n-GO-pay), means “Gift” in Sotho. The athlete’s debut at Pittsburgh’s PNC Park was a long while in the making and it didn’t disappoint.

Nearly a decade after becoming the first-ever South African signed to a professional baseball contract, Ngoepe stepped up against the Chicago Cubs’ Jon Lester. And, in his first major league at bat, drove a 90 mph cutter sharply up the middle for a single.

At first base, Pirates coach Kimera Bartee threw an arm around the 27-year old’s shoulders. From the dugout, Ngoepe’s teammates shouted, “For the Motherland!” while both Ngoepe and Bartee fought back tears.

“I’ve dreamt about this over and over and over,” Ngoepe told MLB writer Adam Berry afterwards. “And it lived up to every aspect of the dream that I had as a kid.”

“Bartee said, ‘You’re going to make me cry,’ ” Ngoepe recalled. “I had a couple tears rolling down a little bit, but I kept it together. I’m like, ‘No, I can’t do this right now.’ All the emotions crashed into one for me right there.”

Born in northern Polokwane, South Africa, Ngoepe’s mother, Maureen, raised him and his brothers to play baseball. After migrating south, she found work for the Randberg Mets, a recreational team outside Johannesburg, and her family lived in one small room inside the team’s clubhouse.

In a country, a continent, where soccer is king and baseball an imported afterthought, the Ngoepe brothers used the ballpark infield as their playground.

In 2008, after starring on his local Rand Park High school team, he attracted the attention of a Pirates European scout at an MLB Clinic in Italy. With dazzling infielder skills, the Bucs made him the first black South African to sign a professional contract.

Next, Ngoepe showed up on radar screens at the World Baseball Classic in 2009, where he hit two triples in a single game. Not bad for a 19-year old who came to that game with a reputation as a weak hitter.

Ngoepe’s mother passed away in 2013 but not before seeing another son, Tlou Victor, signed by the Pirates as well. Ngoepe’s climb to the majors has been long and deliberate.

The weight of representing an entire continent has not been lost on him or his teammates over time — it has been eight years since he was featured in a Sports Illustrated story titled A Gift From South Africa.

Meet the Boy Who Believes He Was Lou Gehrig in a Past Life (His Mom Is Convinced, Too)

Ngoepe was taking batting practice Tuesday afternoon for the Pirates Triple-A Indianapolis affiliate when manager Andy Barkett – who a day earlier sent the Pirates, Dovydas Neverauskas the first Lithuanian to make the majors – sought him at the batting cage.

Following Pittsburgh’s 6-5 win, manager Clint Hurdle told reporters that when Ngoepe first came up to bat, Pirates shortstop Jordy Mercer “just kept telling everybody, ‘He’s representing 1.62 billion people. He’s one of them, 1.62 billion.’ Everybody was pulling for him.” 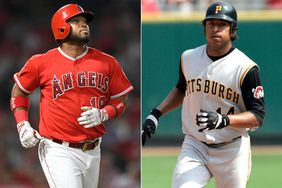 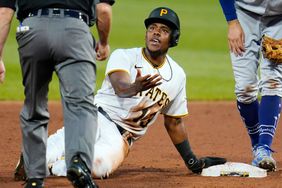 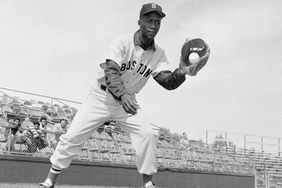 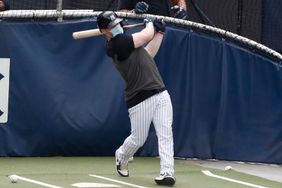 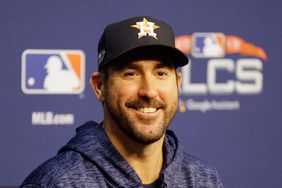 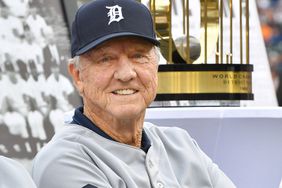 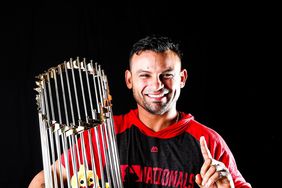