A Lifetime of Sundays premieres Aug. 25 on ESPN at 1 p.m. EST

Things really turned around for the Pittsburgh Steelers after December 23, 1972, when fullback Franco Harris executed one of the sport’s most famous plays: the so-called “Immaculate Reception.”

In PEOPLE’s exclusive clip from the upcoming documentary A Lifetime of Sundays — which tells the story of the NFL through the eyes of four female team owners — Patricia Rooney, whose late husband Dan was the son of Steelers founder Art Rooney, opens up about one of the most important moments in the franchise’s history.

“When I was little, the Steelers were really bad,” her daughter Patricia Gerrero says in the clip, adding that growing up, the family drove a station wagon with the team’s name on it and “people would boo at us” and “yell at us to get out of town.”

“And then of course the ’70s came and things turned around. Chuck Noll came in and brought some kind of magic with him,” Rooney says. “We had a play here called ‘Immaculate Reception.’ It was a big game and it looked like we were really gonna lose it.”

At the time, the Steelers had yet to win a single playoff game — and with just 22 seconds left in the 1972 game, fans had little hope for a different outcome after the team’s quarterback made a pass down the field that resulted in a collision. But everything changed after fullback Franco Harris picked up the ball.

“And then all of a sudden it was like fireworks,” Rooney remembers of the game, which the Steelers went on to win 13-7 after Franco’s game-winning touchdown.

“It was just unbelievable,” she adds.

Although the Steelers did not go on to win that year’s big game, losing in the AFC Championship to the Miami Dolphins, they went on to win four of their six Super Bowl titles within the next decade.

The film, which is being released as part of the celebration of the NFL’s 100th season, is the first time all four women, known as the “Fab Four of Football,” came together to share their unique perspective on the game.

Opening up about what drew her to telling their story, co-executive producer Julie Haddon tells PEOPLE that the film’s subjects were an inspiration to her.

“As a woman working in an all-male sport, I was inspired by these four women – and so many other women around the league. These four owners, in particular, were leading at a time when it was even more difficult for women in leadership,” Haddon says, adding that everyone at the NFL was “extraordinarily supportive” of the project.

“The commissioner, the owners, the players, coaches, the clubs and colleagues at NFL — everyone was excited about the idea of creating this documentary. They wanted to see it as much as we wanted to make it,” she adds.

Pittsburgh Steelers Star Attends Prom with Teen Whose Date Broke Up with Him: ‘Decided Why Not?’

As for her favorite moment from the film, Haddon says that she loved “when the women talk about the Lombardi Trophy and that they always have room for one more.”

“Their love of the game, their joy in what they do, their friendship and their competitive spirit are all at play simultaneously. It’s fun. It’s human. And it’s why we love the sport!” she tells PEOPLE.

“And frankly one of my favorite experiences of my career — was sitting next to these four famously private women as we watched the film together at the owners meeting. The toughest audience to please is your subject,” she adds. “To have earned their trust, shared their story for the first time, and see how moved they were by our film but ultimately by their own lives, brought me chills. It was exhilarating and inspiring.”

In terms of what she hopes people will take away from the film, Haddon wants viewers to see that “inspiration can come from anywhere, even right in front of us” and that “women should find careers doing what they love, even if it’s the most unexpected profession.” 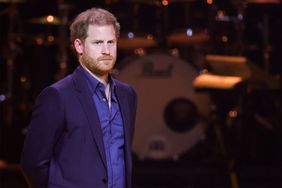 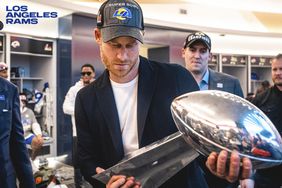