McKayla Maroney is in mourning after her father, and biggest supporter, Mike Maroney passed away. He was 59.

The sports star shared the sad news about her father’s death via an emotional tribute on social media Tuesday evening.

The Olympic gold medalist, 23, explained her father Mike’s impact on her life and how much she will miss him along one photo of her hugging him next to a pool.

Maroney tweeted, “Love u dad. I can’t believe it’s real. I don’t want to. I’ll miss you forever. Rest in peace. You were the most incredible dad,” along with the heart and rose emojis.

Her brother Kav also posted about the loss on his own Instagram.

“Dad you taught me everything from how to walk to how to be a man and for that I thank you,” he wrote alongside a group shot that also included McKayla. “Thank you for getting up at 4:30am for work and not coming home till 7 pm every day for more than 20 years just to keep food on the table, and for us to have a great life. I’m the man of the house now and I promise to hold everything down. I promise.”

Kav continued, “I love you and miss you i will live to make you proud till The day i get to see you again. I love you dad.”

Mike Maroney’s cause of death was not immediately made clear.

Her loss comes almost year after Maroney bravely revealed she had been sexually abused by disgraced USA Gymnastics doctor Larry Nassar, who was convicted in January 2018 and has been called “the most prolific child molester in history.”

In her first-ever television interview about the allegations in April 2018, the Olympian told NBC News that Nassar’s abuse was constant. She said it began almost immediately when she first went to the former gymnastics doctor nearly a decade ago.

“He told me he was going to do a checkup on me, and that was the first day I was abused,” she said, noting that he molested her hundreds of times. “[It was] every time I saw him.”

Maroney initially revealed her alleged abuse in an October Twitter post, writing then that the abuse lasted until she left the sport.

“He said that nobody would understand this and the sacrifice that it takes to get to the Olympics, so you can’t tell people this,” Maroney, who competed in the 2012 Summer Olympics, recalled to NBC. “He didn’t say it in a way that was mean or anything like that.

“I actually was like, ‘That makes sense. I don’t want to tell anybody about this.’ And I didn’t believe that they would understand.”

Maroney also spoke about it during an appearance at the New York Society for the Prevention of Cruelty to Children at The Pierre hotel in New York in 2018, and questioned whether her successful gymnastics career was “really even worth it.”

“I wasn’t listened to, cared about or believed, and all of those things need to be weeded out of society, because that’s where things went wrong,” she said, according to CNN.

RELATED VIDEO: McKayla Maroney Will Not Be Fined If She Publicly Discusses Alleged Sexual Abuse by Larry Nassar

However, Maroney added that revealing the abuse last year proved to be an important part of her healing journey.

“In a way, the fear turned to fearlessness when I knew it would help so many people,” she said. “I carried this secret around with me. A lot of people say it’s empowering to speak, and it really was.” 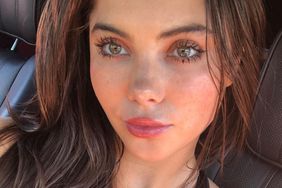 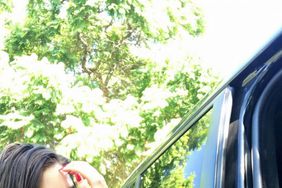