Olympics 2012: What Was Your Favorite Gold Medal Moment?

From Michael Phelps's victory to Gabby Douglas's historic win, tell us who inspired you the most

All that glitters has turned to gold for Team USA – 39 times (and counting!) to be exact.

But as the Summer Olympics comes to a close, here’s a recap of the moments that were just as sweet as the victories.

• It was the grand finale for Michael Phelps, who surpassed his title as the most-decorated Olympian of all-time when he scored the 22nd precious medal of his career Saturday as part of the American 400M-medley relay team.

• First-time competitor Missy Franklin led the way last Saturday in the women’s swimming medley relay, in which the team – also consisting of Rebecca Soni, Dana Vollmer and Allison Schmitt – took home the gold and set a world record with a time of 3 minutes and 52.05 seconds.

PHOTOS: The Closing Ceremony Rocks Out

• Gabby Douglas, “The Flying Squirrel,” earned another nickname when the 16-year-old scored the gymnastics all-around gold medall last Thursday: America’s Sweetheart. The first African-American to take home the top prize, she called her win “a barrier-breaker.”

• Thursday’s three-peat was “bittersweet” for the now-retired Misty May-Treanor and Kerri Walsh Jennings, who won their third consecutive Olympic gold in the women’s beach volleyball finals.

• After losing to Japan at the 2011 World Cup, Team USA made a triumphant comeback Thursday when the women’s soccer team prevailed 2-1. 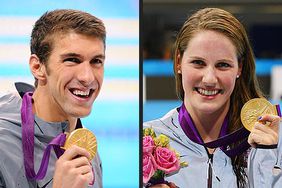 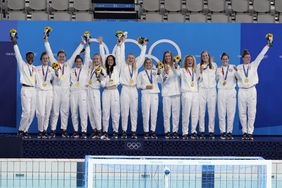