Imboden, a three-time Pan American champion, was the only fencer on the podium to take a knee, and explained his reason for doing so in a tweet later on that evening.

“This week I am honored to represent Team USA at the Pan Am Games, taking home Gold and Bronze,” Imboden, 26, wrote in a series of two tweets, including a photo of him taking a knee while wearing blue to represent team USA.

“My pride however has been cut short by the multiple shortcomings of the country I hold so dear to my heart,” he added. “Racism, Gun Control, mistreatment of immigrants, and a president who spreads hate are at the top of a long list. I chose to sacrifice my moment today at the top of the podium to call attention to issues that I believe need to be addressed. I encourage others to please use your platforms for empowerment and change.”

Imboden is now facing potential disciplinary action by the United States Olympic and Paralympic Committee (USOPC) for his protest, according to the Associated Press.

“Every athlete competing at the 2019 Pan American Games commits to terms of eligibility, including to refrain from demonstrations that are political in nature. In this case, Race didn’t adhere to the commitment he made to the organizing committee and the USOPC,” said Mark Jones, VP of Communications at USOPC, in a statement.

“We respect his rights to express his viewpoints, but we are disappointed that he chose not to honor his commitment,” Jones added. “Our leadership are reviewing what consequences may result.”

The Olympic fencer had previously protested during the national anthem in 2017, when he and a teammate knelt during a ceremony at the Pharaoh’s Challenge men’s foil fencing World Cup in Cairo, according to The New York Times.

However, Imboden told the outlet on Saturday that he was not sure he would ever kneel again. “I think everyone has a right to express how they feel, and obviously I am speaking about something that I knew was touchy,” he said. “I have to accept that.”

Since then, other notable athletes — including MLB player Bruce Maxwell, Eric Reid of the NFL, and U.S. women’s soccer star Megan Rapinoe — have continued the trend over the years. 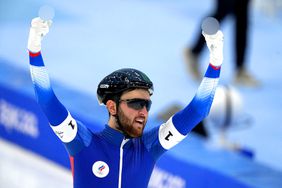 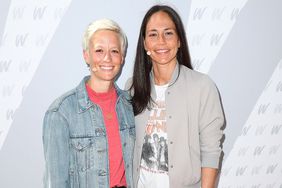 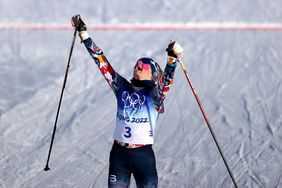 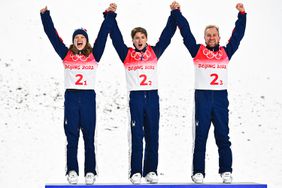 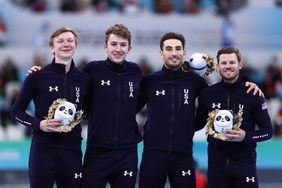