This is the eighth time Djokovic, 32, has won the Australian open and his 17th Grand Slam title overall. Only Roger Federer and Rafael Nadal have won more titles, with 20 and 19 respectively.

While accepting his trophy, Djokovic started by congratulating Thiem, 26, for his “amazing” run throughout the tournament.

“It wasn’t meant to be tonight, tough luck. It was a tough match and you were very close to win it and you definitely have a lot more time in your career and I’m sure you will get one of the grand slam trophies — and more. More than one,” he said.

Going on to pay tribute to Kobe Bryant, Djokovic — who wore a green jacket with “KB” embroidered on it alongside the late NBA player’s jersey numbers — said that his death was a reminder that “there are more important things in life” than competitions.

“This is a reminder to all of us that we should stick together, now more than ever, being with our families, stay close with the people that love you,” he said. “Of course, we are part of a professional sport. We compete and try our best, but obviously there are more important things in life. It’s important to be conscious and humble about things that are happening around you.”

Austria’s Thiem, 26, entered the match hoping to win his first major championship after taking out Alexander Zverev in the semifinals on Friday. Djokovic on the other hand, headed into the final with seven previous Australian Open wins under his belt.

Djokovic scored a spot in the final after beating Roger Federer.

At the women’s singles final on Saturday, Sofia Kenin edged out Garbiñe Muguruza to claim a victory.

First-place champs of the tournament, on both the men’s and women’s sides, receive $4.12 million Australian dollars (just over $2.75 million) in prize money for their efforts. Runner-ups walk away with about $1.4 million each.

Ahead of the final, Thiem spoke with tennis legend John McEnroe about earning a spot in the final, calling the feat “unreal.”

“What a start to the season so far,” he said at the time, later adding: “I try my best and, of course, I try everything to win, but … if I walk off the court as a loser [on Sunday], I still have to be patient and I still have to trust the process, but I’m looking forward a lot.”

Djokovic’s ploy for the Australian Open title comes one week after the death of basketball star Kobe Bryant, whom the tennis pro called his “friend” and “mentor.”

On Jan. 26, Bryant died at age 41 in a Calabasas, Calif., helicopter crash that also killed his 13-year-old daughter Gianna and seven other people on board. Since the tragedy, countless athletes and celebrities have shared tributes to the late icon, including Djokovic.

“I don’t know what we could say. It really caught us by surprise,” Djokovic told interviewer McEnroe on Tuesday. “He was one of the greatest athletes of all time, he inspired myself and many other people around the world. I had that fortune to have a personal relationship with him over the last 10 years.”

He added at the time: “When I needed some advice and support, he was there for me. He was my mentor, my friend, it’s just heartbreaking to see what has happened to him and his daughter. It’s unbelievable.” 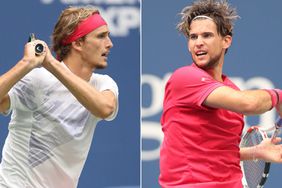 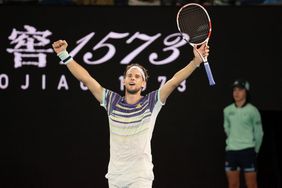