Nik Wallenda Will Walk High-Wire Across Active Volcano on Live TV: 'I Must Admit It Is Scary'

Nik Wallenda has landed on his next extreme tightrope challenge.

The high-wire stuntman, 40, announced on Tuesday that he plans to traverse the mouth of the active Masaya Volcano in Nicaragua. Airing live in March as part of a two-hour special on ABC, the spectacle puts Wallenda across an 1,800-foot stretch of tightrope above a lava-filled lake in the vent below.

Wallenda, a seventh-generation member of the Great Wallendas, said he has done thorough researched in preparation for the daring event, which will be the longest and highest high-wire walk that he has ever attempted. He will also be the first person to walk across the volcano, which is part of the Pacific Ring of Fire.

“After spending years scouting and researching volcanoes, I fully realize why no one has ever attempted this feat: Mother Nature is extremely unpredictable,” Wallenda said in a press release. “It is by far the most dangerous walk I have ever attempted, and that alone makes it very intimidating.”

He added: “I am pushing myself beyond my comfort zone by the feat itself, but I know that I am up to the challenge. I must admit — it is scary.”

In June, the acrobat champion successfully traversed a 1,300-foot tightrope walk alongside his sister, Lijana, over Times Square in New York City, as shown during ABC’s High-Wire Live in Times Square with Nik Wallenda.

The pair crossed a cable that was just 3/4-inch thick and between skyscrapers, a death-defying 25 stories above the ground. Mic’d up, the brother-sister duo was able to communicate with one another the entire time on the cable.

Onlookers in Times Square watched from below and through windows in buildings as the acrobats crossed over each other in the middle. They began walking at 9:20 p.m. EST and finished 37 minutes later.

Wallenda, who has become one of the most renowned acrobats in the country, has had most of his high-wire walks televised. In 2013, he became the first person to walk across a Grand Canyon-area gorge, crossing the Little Colorado River outside of Grand Canyon National Park.

The year before that, he successfully crossed Niagara Falls, which was televised in an ABC special.

In 2014, Wallenda told PEOPLE how he prepares for his ambitious, dangerous missions, as well as how he maintains a level head during the high-stress situations.

“I am always thinking: ‘You have the wire at your feet. You can always go down to that wire,’ ” he said at the time.

“Normally when I’m doing a walk that is extremely strenuous mentally, I will overreact. It makes you work a lot harder,” Wallenda added. “So, it’s about these extremely minuscule movements in my muscles, trying to keep everything as still as possible.” 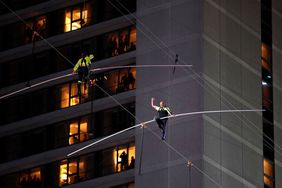 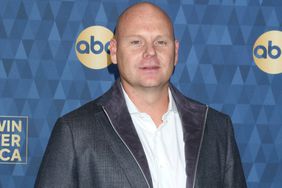 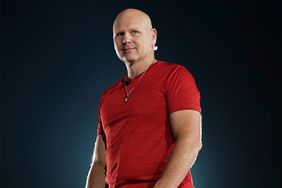 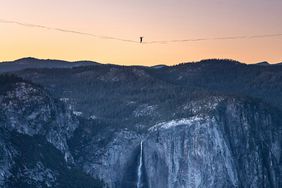 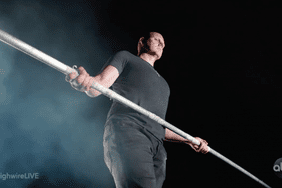 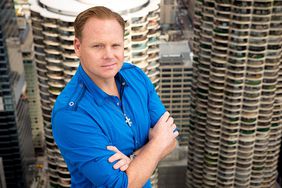 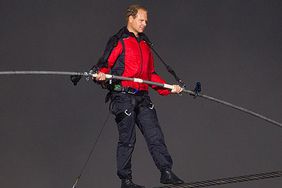 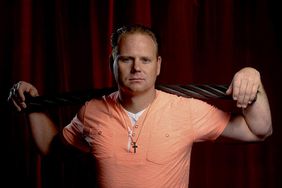