The National Hockey League is taking it old school this weekend.

Four teams will be playing on an outdoor rink at Lake Tahoe, featuring stunning views of the lakefront and Sierra Nevada looming in the distance.

The rink, which sits stop the 18th fairway at the Edgewood Tahoe Resort, will host the Vegas Golden Knights and the Colorado Avalanche on Saturday. The Philadelphia Flyers and Boston Bruins will play Sunday.

The Avalanche and the Golden Knights took to the ice for the first time Friday to practice, and the teams told the NHL that the views took the game to the next level.

"I think the pictures, as beautiful as they are, don't do it justice," Golden Knights coach Peter DeBoer told the league. "I grew up in Canada and I know anywhere in the Northeast of the United States or Minnesota, anywhere they can build outdoor rinks, there's always a competition on the street of whose dad can build a better rink. Every year you come back, and someone adds lights or a scoreboard. This is a drop the mic-type outdoor rink. It's the nicest I've ever seen."

Saturday will mark the first time the Golden Knights have ever played on an outdoor rink.

"The mountain view is incredible. Having those big trees kind of surround the rink, they did a great job making everything look really rustic with the wood paneling," Vegas captain Mark Stone said. "It really brings it back to the old school outdoor rinks. It's probably the best outdoor rink you'll ever see."

The NHL said both teams arrived early for practice and stayed late, just to get as much time on the ice as possible to take in the view.

"There is something to be said just for our team and Vegas' team getting out onto this sheet of ice right by the lake," Avalanche coach Jared Bednar told the league. "You're standing on the ice looking right at the lake. We're right at the edge of it. It's going to be quite the experience tomorrow to be able to play. Even without the fans it's going to be something special here that guys are going to be able to look back on and say that was a real cool experience for our team."

According to the league, the rink sits 6,224 feet above sea level, making the games played this weekend the second highest altitude games in NHL History.

The record holder belongs to the 2020 Navy Federal Credit Union Stadium Series game between Avalanche and Los Angeles Kings the at Falcon Stadium on the Air Force Academy campus in Colorado Springs, Colorado, which was played at an elevation of 6,621 feet, NHL said. 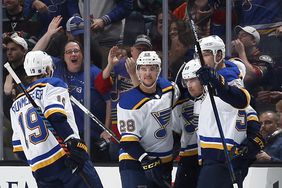 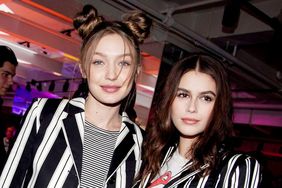 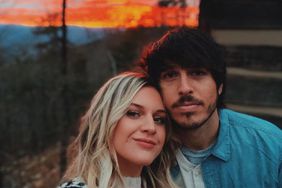