Meet the NFL's First-Ever Male Cheerleaders: 'You Really Can't Take Your Eyes Off Them'

Quinton Peron and Napolean Jinnies are about to make history as the first male cheerleaders in the NFL.

The two classically trained dancers and California natives survived a grueling audition process to make the 2018 squad for the Los Angeles Rams — and appeared on ABC’s Good Morning America on Wednesday to celebrate the milestone.

“They really just fit the bill to be a Los Angeles Rams cheerleader,” LA Rams cheer captain Emily Leibert — who manages the team of 40 — said, as she sat beside Peron and Jinnies. “They are intelligent, they are eloquent, they are more than qualified to be ambassadors out in the community. They bring so much energy and there’s something so magnetic about their performance, you really can’t take your eyes off them.”

While other football teams have male stunt teams, GMA reports Peron and Jinnies will be the first men to dance alongside females on a professional NFL cheerleading team.

Their casting comes as former New Orleans Saints cheerleader Bailey Davis — who says she was fired earlier this year for posting a picture of herself wearing a lacy, one-piece outfit on her Instagram page — slammed the team for requiring her all-female cheerleading squad to follow much stricter rules than the all-male football team.

“I was aware of the rules when I joined the team, of course, and I knew they were very strict and we had to be very careful,” Davis told PEOPLE. “But it wasn’t until my termination that I realized the players didn’t have the same rules. It was just us.”

She’s filed a detailed complaint the Equal Employment Opportunity Commission (a copy of which PEOPLE obtained) — saying the team’s rules for cheerleaders favor players and places unreasonable restrictions on cheerleaders, whether it be in their social media presence, appearance or acts.

RELATED: Ex-NFL Cheerleader Claims She Was Fired Over Instagram Photo, Calls Out Different Rules for Players

Among these rules, according to the complaint, is the regulation that cheerleaders must make their social media accounts private, ands they are prohibited from following any Saints players online. Additionally, the cheerleaders are not allowed to interact with any players online — but players are not prohibited from interacting with the dancers, according to the complaint.

“This was so blatant, and in writing, that these written rules were so gender-discriminatory,” Sara Blackwell, Davis’ attorney, told PEOPLE. “Another problem is it’s presented as a way to protect the women. This is not 1910, this is 2018, and in America, we don’t need our women to be hidden so they can be protected from consensual contact.”

Gregory Rouchell of Adams and Reese LLP, who serves as legal counsel for the Saints, tells PEOPLE that “The New Orleans Saints is an equal opportunity employer, and it denies that Ms. Davis was discriminated against because she is female. The Saints will defend these allegations in due course, and the Organization is confident that its policies and workplace rules will withstand legal scrutiny.”

The NFL has not responded to a request for comment from PEOPLE.

Davis is not the only NFL cheerleader who has challenged the rules imposed on them. In 2014, former members of the Buffalo Bills’ cheerleading squad disbanded and filed a lawsuit claiming the team and its contractors at time paid them less than minimum wage, and were provided with detailed instructions on how to appear and act in public.

Last October, a New York court agreed the suit could be considered a class-action lawsuit, according to WGRZ-TV. 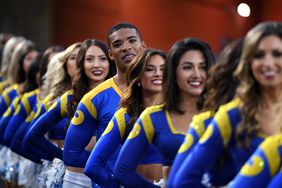 First-Ever Male NFL Cheerleaders Are Headed to Super Bowl: 'You Think Atlanta Is Ready for Us?' 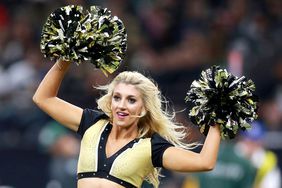 Ex-NFL Cheerleader Claims She Was Fired Over Instagram Photo, Calls Out Different Rules for Players 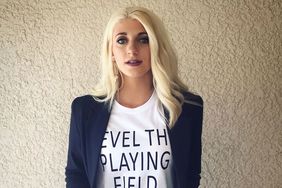 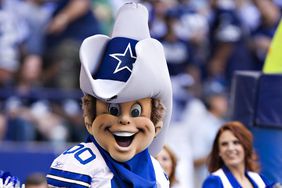 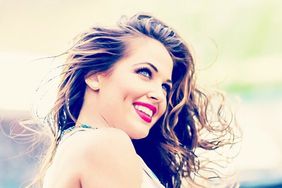 Ex-NFL Cheerleader Quit After Concerns About Her Virginity; Inside the 'Messed Up' Cheer Culture 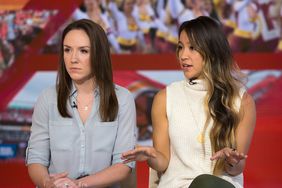 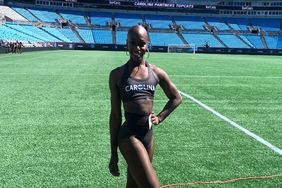