The 1996 Olympian writes about cheering on the gymnasts: 'It brought back so many memories'

In 1996, gymnast Kerri Strug vaulted into history. The anchor for Team USA at the Atlanta Olympics, she competed on an injured ankle to help secure women’s gymnastics their first-ever team gold medal – and Tuesday, she watched this year’s ‘Fab Five’ win the second team gold. The now married mom of one is a spokesperson for Hilton HHonors’s Support the Dream program, which allows fans to connect with Olympians. “Since I know how much the support of the fans means to the athletes, it’s great to be part of a program where fans can send good luck messages to Team USA,” says Strug, 34. While at the Games with her husband, Robert Fischer III, the Olympic gold medalist will blog for PEOPLE.com about her experiences in London.

I was thrilled to be in the stands to cheer on Team USA to a gold medal at the Women’s Gymnastics Team finals. It brought back so many memories from the 1996 Atlanta Games. Congrats to all the members of Team USA and their families. We are all proud of you and proud to be Americans.

As I entered the North Greenwich Arena, I had butterflies in my stomach. This year’s team is so mentally and physically strong, I knew they had what it would take to bring home Gold in the team competition.

My husband Robert and I had a great view from our seats and the arena was full of fans from every country, waving with flags and supporting their home team. Team USA started on the vault, their best event, and the first rotation set the tempo for the rest of the night.

As the competition progressed, the athletes started to draw off the cheers from the fans. While the girls were focused, you could also see them looking up at the crowd and taking everything in. People don’t realize how much the support of the fans can really motivate the athletes to great performances.

By the fourth rotation, Team USA had established their first place position and the crowd really got behind them. You could see the excitement on the girls’ faces as they realized that they had won Gold. It was an unforgettable moment in the arena and made me proud to be an American. I will never forget my Gold medal moment and it was great to be there to see the girls fulfill their Olympic dream.

Known as the Fabulous Five, the USA Women’s Gymnastics team really came together in the finals to bring home the Gold medal. It was a true team effort and that is what makes it even more special. I congratulate the entire team and their families for all their hard work and dedication.

These are the moments that we dream about for years and last night I was so proud to be part of the USA Gymnastics family. Now the girls will prepare for the individual events, and I am sure we will see more medal winning performances from Team USA in the coming days.

Before cheering on the gymnasts, Strug enjoyed touring the 2012 host city of the Olympics

A Tourist in London

After much discussion, Robert and I decided to make the trip to London and leave [our 5-month-old son] Tyler with his grandparents. We are really looking forward to exploring London and taking in as many Olympic events as we can.

I checked in Sunday evening at the Waldorf Hilton in central London. While European hotels have a reputation for being on the smaller size, I was pleasantly surprised by the size of my room and the amenities. I am a huge fan of the Olympic Games, and being high atop London with the Olympic stadium in the background, got me even more excited for the Games!

While last week the weather was in the 80s, this week, the highs are in the high 60s and there is a strong chilly breeze. Luckily, I listened to my mom and packed a pair of boots so that I can stay warm while I am here.

There is so much to see and do in London, and so far we have explored the National Gallery, the National Portrait Gallery, Trafalgar Square and Piccadilly Circus. Our hotel is centrally located so we have been able to walk to all of the sights and restaurants. 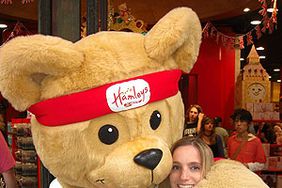 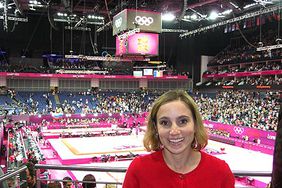 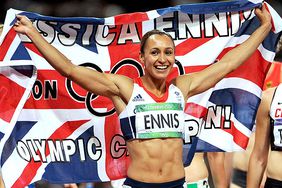 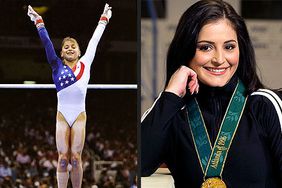 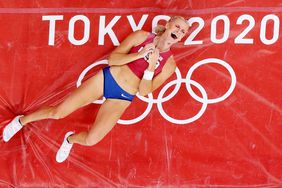