Kobe, who died in a tragic helicopter crash alongside daughter Gianna and seven others in January 2020, will be honored Saturday by Michael Jordan as a member of the 2020 class being inducted into the Hall of Fame. The ceremony was postponed from last year due to the COVID-19 pandemic.

On Friday, his 18-year-old daughter Natalia and his wife Vanessa, 39, received a jacket and ring for the star athlete during the Tip-Off Celebration and Awards Gala, part of the larger 2020 Basketball Hall of Fame Enshrinement Ceremony.

In the photos from the ceremony, Natalia poses wearing Kobe's ring and jacket while mom Vanessa stands beside her.

Vanessa, who is also a mother to daughters Capri, 22 months, and Bianka, 4, posted a series of snaps from Friday's ceremony on her Instagram, showing the menu card at the gala and the special exhibit at the Hall of Fame honoring Kobe.

"Dear Kobe, I love you. ❤️" she captioned the video

Kobe's standalone exhibit at the Hall of Fame in Massachusetts, which Vanessa helped design, will be unveiled this weekend, The Los Angeles Times previously reported. The exhibit is called "Kobe: A Basketball Life," and is a rare addition to the annual induction ceremony.

"Vanessa really wanted the space partly to be reflective, and so Dear Basketball brings that part in," the hall's historian and curator Matt Zeysing told the outlet. "She wanted a space for if someone wanted to just reflect for longer than even 30 minutes that they would have the opportunity to do that."

In addition to the short film, the items displayed at the exhibit will include portions of the court at Kobe's high school in Pennsylvania, as well as replicas of the five championship rings he helped the Lakers win. Other items featured will be the pair of sneakers he had on while scoring a career-high 81 points during a game in 2006. 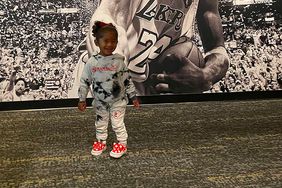 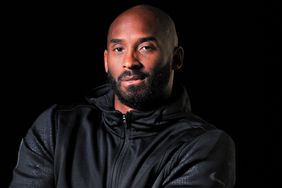 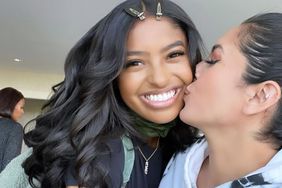