The 55-year-old boxer, who returned to the ring last November in a high-profile fight against Roy Jones Jr., told the New York Post that after he began smoking the venom from a Sonoran Desert Toad, he had a life-changing experience.

"I 'died' during my first trip," Tyson told the outlet.

"In my trips I've seen that death is beautiful," he added. "Life and death both have to be beautiful, but death has a bad rep. The toad has taught me that I'm not going to be here forever. There's an expiration date."

Tyson said he began smoking the toad venom four years ago and has since taken it more than 50 times. Toad venom is classified by the DEA as a Schedule I drug, which means it currently has no accepted medical use and a high potential for abuse.

"I did it as a dare," Tyson told the Post while attending Wonderland, a conference for psychedelics, microdosing and medicine, in Miami, Florida. "I was doing heavy drugs like cocaine, so why not? It's another dimension. Before I did the toad, I was a wreck."

"The toughest opponent I ever faced was myself. I had low self-esteem. People with big egos often have low self-esteem," he added. "We use our ego to subsidize that. The toad strips the ego."

According to the Tucson Herpetological Society, the Sonoran Desert Toad — scientific name, Incilius alvarius — is "unmistakably large," and can reach over eight-inches in length and weigh as much as 900 grams. It can be found in the Sonoran Desert of California, Arizona and Mexico.

The group said the toad has gained an "unfortunate notoriety" due to the hallucinogenic properties of his parotid glands.

While speaking to the Post, Tyson also said he lost 100 pounds after using psychedelics.

"People see the difference (in me)," he said. "It speaks for itself. If you knew me in 1989 you knew a different person. My mind isn't sophisticated enough to fathom what happened, but life has improved."

"The toad's whole purpose is to reach your highest potential," he said. "I look at the world differently. We're all the same. Everything is love."

Tyson has been open about his drug use and admitted in 2019 that he spends $40,000 a month on marijuana. He also said he smoked marijuana before his fight against Jones Jr., which he won by decision. 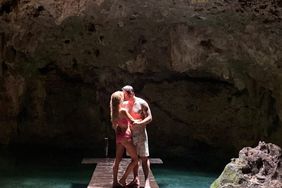 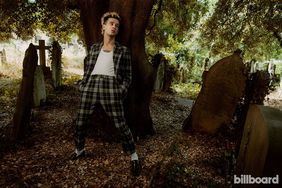 The 1975 Frontman Matty Healy Reveals He Was Addicted to Heroin: 'I Don't Want to Fetishize It'

To Make You Well, High or Happy, Dr. Andrew Weil Has a Secret Weapon—His Plants