In the wake of a stirring debate sparked by LeBron James' recent claim that he's the greatest player "of all time," NBA fans have resurfaced a 2009 interview with Michael Jordan in which he rebukes the title

In the wake of a stirring debate sparked by LeBron James’ recent claim that he’s the greatest player “of all time,” NBA fans have resurfaced a 2009 interview with Michael Jordan in which he rebukes the title.

During a recent sit-down for ESPN’s “More Than an Athlete” series, James was talking about winning the 2016 NBA Finals with the Cleveland Cavaliers when he stated, “That one right there made me the greatest player of all time.”

Many have since debated whether James, 34, or his NBA predecessor, Jordan, are more worthy of the title. And amid the deliberation, Jordan’s commentary on the subject while speaking to ESPN’s Michael Wilbon nearly 10 years ago has been brought back to the forefront, according to CBS.

“I don’t want it in a sense because I think it disrespects Wilt Chamberlain, Jerry West — you know all the guys that prior to me I never had a chance to play against,” the Charlotte Hornets team owner explained at the time of the GOAT title. “What everybody is saying I am, I never had the chance to compete against other legends that was prior to me.”

In fact, Jordan, 55, said that “when I hear it, I cringe a little bit because it’s a little bit embarrassing because no one knows.”

“I never had the chance, once again, to play against those guys,” explained Jordan. “I would love to have played against them but I never did. And for you to say that I’m better than him … I mean it’s your opinion; it’s their opinion. I accept that as their opinion.”

If asked, Jordan doubled down, asserting: “I would never say that I am the greatest player.”

Beyond basketball, James and Jordan are now linked in a much different arena: a Looney Toons one.

James will appear in the upcoming Space Jam sequel, which is a continuation of the 1996 film which starred Jordan. While few details of the sequel are available, the original followed Jordan teaming up with the Looney Tunes in a desperate attempt to win a basketball match and earn their freedom. 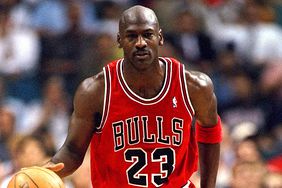 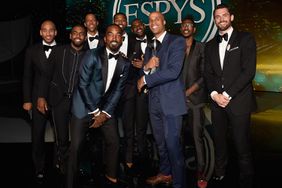 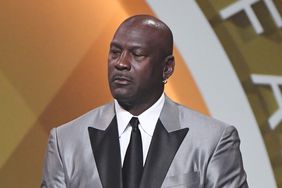